The LCHS Grizzlies racked up 583 total yards of offense on Friday against Osawatomie. 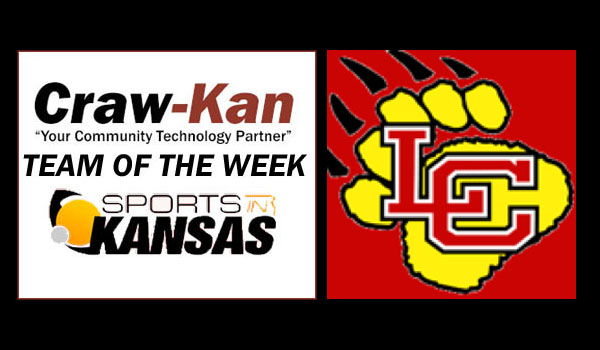 The Craw-Kan "Your Community Technology Partner" Team of the Week is the Labette County Grizzly football team after their 54-12 victory over Osawatomie last Friday Night. The Grizzlies improved to 2-1 on the year under second year head coach Sean Price.

The Grizzlies were led by senior running back Isaiah McPherson who rushed for 368 yards on 28 carries with five touchdowns on the night. Senior quarterback Logan Dean also had a big night as he threw for 212 yards and three touchdowns. Sophomore Kale Irwin and junior Tanner Russell also had big nights at reciever as they had 79 and 78 yards a piece with a touchdown a piece. Senior Owyn Back also had a touchdown reception for the Grizzlies.  The Labette County offense totaled 583 yards as a unit.

The LCHS defense was led by junior Tate Phillips who had four tackles for loss and seven total tackles. Senior Alex Carter had 10 tackles in the game as junior Rogan Bruce had nine and junior Braden Baker had eight.

The Grizzlies will be back in action this Friday as they take on rivals Parsons (0-3) on Friday at home in Altamont. Parsons is coming off a 27-7 loss to Independence.