v Rainbow Comm. Athlete of the Month: Neil Sudbeck - Sports in Kansas 
Warning: include(../includes/bodytag.php): failed to open stream: No such file or directory in /home/kansass/public_html/ks/news/index.php on line 36 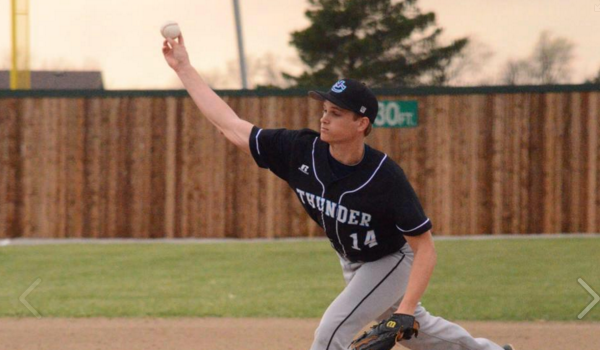 The Rainbow Communications Athlete of the Month from the Northeast Kansas coverage area for their play over the month of June is Neil Sudbeck of the Seneca Post 21 Legion baseball team.

Sudbeck had two oustanding performances at both the plate and on the mound for Seneca over the month of June. In a 10-3 win over the Sabetha legion team on June 1st, he struck out 13 in seven innings on the mound while going 2-for-4 with an RBI at the plate. Sudbeck's best outing of the month came in a 4-2 win over Doniphan County in eight innings on June 24th. He struck out 10 batters over five innings, while giving up one run on four hits. He was most impressive with his bat as he went 2-for-4 with three RBI that featured a three run walk off HR to win the game.

Sudbeck, who just graduated from Nemaha Central, was also a star player on the 2016 Nemaha Central 3A state championship baseball team this spring. He went 5-0 with three saves during the 2016 high school baseball season. Seneca takes on Doniphan County tonight at 7 p.m. Post 21 is 20-6 on the year with an 18-2 record in league play, while Doniphan, who is on an eight game win streak, is 27-2 overall with a 16-2 record in league play.