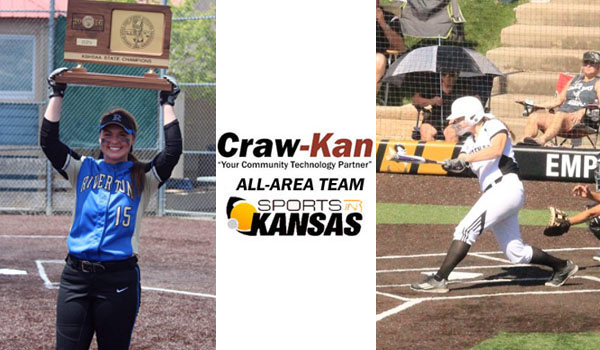 It’s hard to argue with Harper and this nod as she had one of the best Southeast Kansas area postseasons in the history of the state tournament. Harper, one of the top power hitters in Kansas, hit 10 HR this season for the 4A-II state champion Frontenac Raiders. She shined when it mattered most as she hit five home runs over five postseason games. She hit one in regional semifinals, two in regional championship and two in the state championship, despite being walked eight times over that period.

Compton was nearly untouchable in the circle this season as she led the Rams to the 3A state title. Not only did Compton go 3-0 as a pitcher at state, she hit the game winning HR in the 11th inning to beat Oskaloosa 2-0 for the 3A state title, after throwing 11 scoreless innings.

Rhuems led the Raiders to their first state softball title in school history by capturing the 4A-II state championship in Emporia. After starting the season rough at 5-7 in the always highly competitive CNC League, the Raiders went on fire to win their last 13 games. She was also the head coach of the last time the Raiders played for a state championship, when they finished second in 2011.