v Faces in KS: Kyler True of Olpe - Sports in Kansas 
Warning: include(../includes/bodytag.php): failed to open stream: No such file or directory in /home/kansass/public_html/ks/news/index.php on line 36

Kyler True of Olpe will look to contend for multiple state titles this weekend. 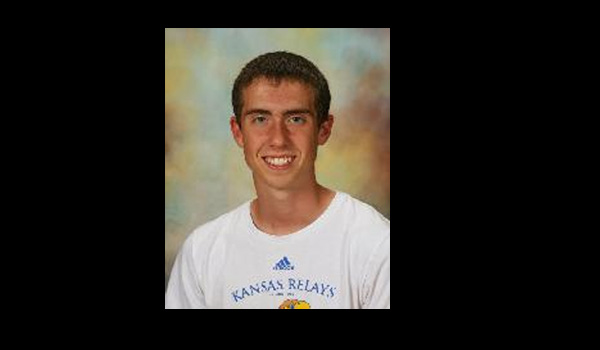 Olpe, a small farming community south of Emporia with a population 548, is a known sports town in the smaller classifications of Kansas over the years. The Olpe football team has made some noise recently with a state title in 2014, as has the boys basketball team, but probably is most known for their consistent state success with the girls basketball team. This year, Kyler True, a junior mid-distance/distance runner, from Olpe has put them on the map across Kansas. True is not only the top runner in Kansas, he is one of the top junior in high school runners in the United States this season.

"It's great being from a small town. Everyone here gives amazing support. It kind of puts everything in perspective getting to see just how well you've done." Kyler True said.

So how does a kid from a town of less than 600 with a dirt-only track contend with elite runners across the country.

"Being from a small town makes you want to work harder. Ever since I got involved with running in seventh grade I enjoyed the feeling. Running in Olpe is great because anywhere you go there are gravel and dirt roads to run on." True said.

Other competitors in class 2A are lucky that True only gets to enter the four event maximum at the state meet. He will be the favorite this week in the 800, 1600, 3200 and runs a leg on the 4x800 relay. But True is much more than those four events, he also shows his speed as a sprinter, he has one of the fastest 400 meter times in the state this year at 50.55, an event he only ran once, but you won't see him running it at state. Just think if KSHSAA didn't have restrictions by number of events, it's probably a good thing they do.

"My favorite event is a tie between the 1600 and 800. You can run these races in so many different ways and it allows me to use my speed." True said.

Expect True to come away with a lot of hardware at the state outdoor and potentially a few state records. But this small town running star is set on getting his team some hardware this weekend. The 4x800 team has ran the sixth fastest time in all-classes of Kansas this season at 8:06.69. All five teams ahead of them are in 6A or 5A, with many that have well over 1,000 more students than that of Olpe. The team of True, Zachary Nuessen, Ryker Schmidt, and Matt Burkert will be within reach of the 2A state meet record of 8:03.16 by Berean Academy in 2007.

"My goal is obvioulsy to win all my events to help my team win the team title. We are in the hunt and I just want to give my team the best shot possible. I will do that by giving my best effort. I will just run hard and see if I can run some fast times, if I break any records it's a bonus. The crowd is electric at Cessna, I am ready for it, you can feel it on the track." True said.

We caught up with him below...

Special Thanks to Olpe State Bank (Member FDIC, Equal Housing Lender) for powering this feature. Olpe State Bank wants to wish the Eagles best of luck at the state track and field meet this weekend in Wichita!

How did you get involved with running?

I got involved in running in 7th grade. My friend Zach was running cross country so I decided to try it. I ended up winning my first race and I just enjoyed the feeling. When track came around I liked it even more.

What is it like being from a small town and being one of the best in the state?

It is great being form a small town. Everyone gives amazing support. It kind of puts everything in perspective getting see just how well you've done. At the same time it makes me want to work harder and improve to be better each day.

Goals at the state meet this week?

My goal at state track is to win all my events and help my team to win the team title. We are in the hunt and I just want to give my team the best shot possible. I also want to give my best effort, run hard and see if I can run some fast times.

What is your workout like during the season and off-season?

During the season we don't do too much. We run 4-5 miles on easier days and on hard/sprint days it is something like 8x200's or 4-6 400's. It just depends on what were are racing that week. In the off season we do way more mileage. We run about 8 miles and a longer run 8-10 miles once in a while.

Do you prefer cross country or track?

I prefer track. There's a lot more variety in the type of racing and I think I can rely on my speed a little more.

My favorite event is a tie between the mile and 800. You can run the race so many different ways and I can use my speed a lot more.

If you couldn’t run distance and had to do a field event what would you do?

I like watching the long jump and triple jumps. I think it would cool to do if I wasn't running distance.

I play all kinds of sports. Pickup basketball, baseball, flag football, anything that gets me up and moving is great.

What is it like to grow up in Olpe?

Olpe is small. It's hard to find things to do in town because of that. It is good because all my friends live close by and we can have a game of basketball started in 5 minutes. Running in Olpe is cool because anywhere you go there are many gravel/dirt roads to run on.

I want to run in college. I'm not sure where, but as long as I'm running, I'm happy. To run after college would be great, but that's a ways off. Running has been a huge part of my life and I want to do it as long as I can.

What is it like to not have a regular track at your high school?

We have a dirt rack to practice on. It gets the job done, but if it rains we have to adjust or just tough it out.

Are you looking forward to breaking some records this weekend?

I'm looking forward to just running hard and giving my best. I know what I'll have to run to set the records, but it's not my main focus. i just want to run hard and if I do break the record it's a bonus.

Is there any experience better than running at Cessna Stadium in Wichita?

It's one of the best feelings in the world. I've run in the Festival of Miles in St. Louis and the KU Relays, but nothing compares to state track at Cessna. The crowd is so electric and you can feel it on the track.

Advice to someone younger wanting to get into running?

Advice to younger kids would be to eat smart and drink lots of water. Play different sports. Don't specialize in running until you get older. Make sure you are always happy with what you are doing. Make sure you're healthy, if not take the the time to get healthy. Lastly, never be satisfied. You can always get better, if you aren't, someone else is.

My favorite subject in school is Math. Maybe because both of parents are Math teachers.