Dylan Untereker of Pittsburg is one of Kansas' best discus throwers. 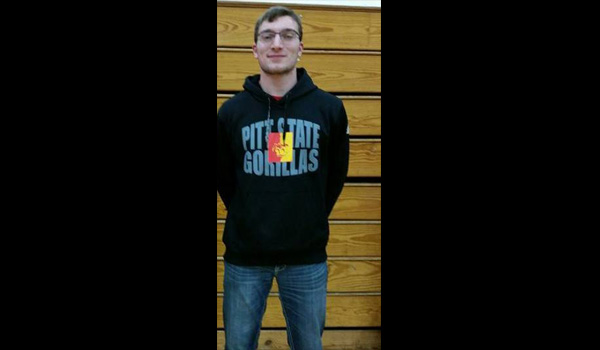 The Labette Bank Athlete of the Month, chosen by Sports in Kansas, for their performance over the month of April is Pittsburg High senior thrower Dylan Untereker.

Untereker, a discus thrower, currently has the eighth best throw in all classifications of Kansas this season at 165-07.75, a throw he made at the Jocks Nitch/PSU Invitational back on April 15th. He has three first place finishes this season in the discus and two second place finishes at some of the best meets in Kansas in the month of April. Untereker's discus throw of 165-07.75 is nearly thirty feet better than his 5A 10th place finish throw of 135-08 last year at the state track and field meet in Wichita. His best overall throw last season was 149-11 durning the regular season, which is nearly 16 feet less than this years PR.

Untereker, who doubles as an all league football player and All-5A basketball player for the Purple Dragons, has signed to play football at Pittsburg State next season. The 6-foot-4 senior is currently ranked fourth in the 5A boys discus, as four of the best eight throws in the entire state come from 5A.