Wil Smith of Troy is having one of the best years of baseball in Kansas. (Photo: Juli Smith) 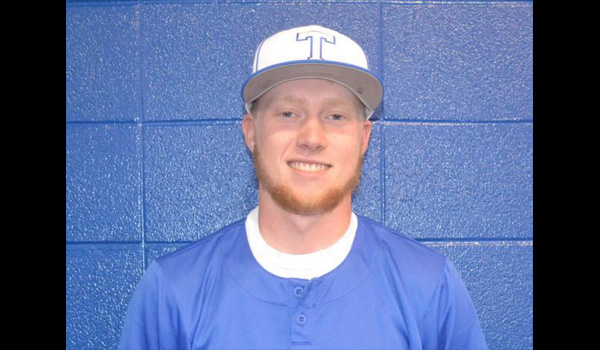 The Rainbow Communications Athlete of the Month from the Rainbow Northeast Kansas coverage area is Troy High School junior baseball player Wil Smith for his play over the month of April.

Smith, a 6-foot-2 200 pound junior, is lighting it up for the Trojans in 2016. He is hitting near the top in average in the state of Kansas with .600 on the season. He has 36 hits, 36 RBI and 27 runs scored in only 16 games this season. Smith also gets it done on the infield, only committing one error all season. Smith also doubles as a pitcher and is 4-1 on the season.

Smith is a multiple sport standout for the Trojans as he earned first team all-state as a defensive lineman this past fall as he helped Troy to a state runner-up finish in 2-1A. He will be one of the states top returning players in the smaller classifications for the 2016 football season.

Troy, led by head coach Roger Purdy, is currently 14-2 on the season. The Trojans have won 14 straight after dropping their first two games of the season to Nemaha Central. Purdy's squad is ranked #6 in the state for 2-1A in the latest KABC rankings.