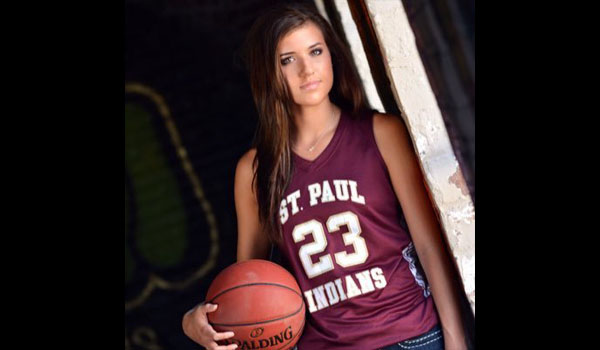 Jordyn Tuck of St. Paul High School has earned Labette Bank Athlete of the Month from the Southeast Kansas area for her play over the month of March.

Tuck, a senior guard, helped the St. Paul High School girls basketball team to a third place finish this season in 1A-I as they beat Hoxie 31-30 in the consolation game. The Lady Indians finished with just one loss all season, falling 45-35 in the 1A-I semifinals to Waverly. Tuck led her team at 14 points per game on the season and earned first team all-state honors from Sports in Kansas. She also scored 40 points over three state tournament games to lead her team and finish fourth total in 1A-I tournament scoring. St. Paul also finished as a top four team last season as they took fourth place at the 2015 1A-I tournament, but Tuck missed the season with an injury.