v Kruger still has it: Silver Lake native back to Final 4 - Sports in Kansas 
Warning: include(../includes/bodytag.php): failed to open stream: No such file or directory in /home/kansass/public_html/ks/news/index.php on line 36

Kruger still has it: Silver Lake native back to Final 4

Kruger is back into the Final Four for first time since 1994. (Photos: KSHOF/ OU Media Relations) 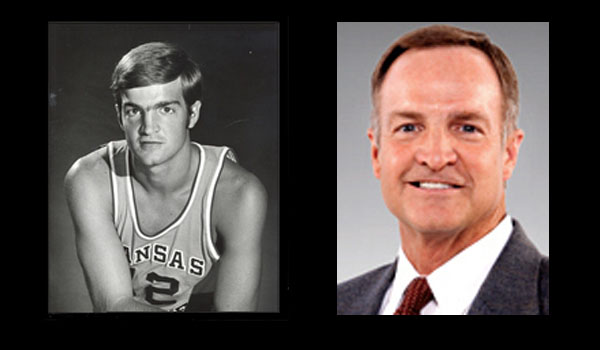 Silver Lake native Lon Kruger, now 63 years old, has done it all in athletics and coaching. We decided to take a look at all the accomplishments and stops he has had over his outstanding career as an athlete and coach. Kruger is the only division one coach in history to win NCAA Tournament games with five different teams. He is one of two coaches to take five different teams to the NCAA Tournament after Tubby Smith accomplished that this season with Texas Tech. After all these years, Kruger is at the top of his career in coaching.

As a senior in high school at Silver Lake, he averaged 23 points per game in leading the Eagles to the state tournament, passed for 2,079 yards and 23 TDs as a quarterback and led his baseball team to the state tourney. His 2,079 yards at the time were then a state record. Drafted by the Houston Astros out of high school, Kruger opted to play basketball at K-State where he signed as Coach Jack Hartman’s first recruit. If you haven't heard of the name Kruger and you follow Kansas high school sports, then you may need to do some more research. It's pretty common when looking at an all-state list or state record in recent memory, a Kruger from Silver Lake pops up on there.

Kansas State University (as a player)

Kruger, who played at KSU from 1971-1974, earned Big-8 Sophomore-of-the-Year honors in helping the Wildcats to two Big-8 titles and three NCAA tournaments. Kruger scored 1,063 career points including 17.6 per game as a senior. He shot 82.6 percent from the free-throw line. Kruger was twice named Big 8 Player of the Year as a junior and senior. Kruger was also a shortstop on the Kansas State baseball team and despite playing football in college, he had pro teams inquiring for him to tryout for them at quarterback after playing college basketball and baseball.

After Manhattan, Kruger was a grad assistant at nearby Pittsburg State University under head coach Bob Johnson from 1976-1977. The Gorillas went 15-12 over the 1976-1977 season, including a 9-5 record in the CSIC.

Kansas State University (as an assistant)

Kruger came back to Kansas State from 1977-1982 where he served as an assistant to his college coach Jack Hartman. In Krugers five years back, the Wildcats would make the NCAA Tournament on three occasions including two deep runs to the Elite 8 (1981) and Sweet 16 (1982).

Kruger landed his first division one job at Texas Pan-American after the 1982 Kansas State season. In four years he took them from a seven win team in 1983 to a 20 win team in 1986. Kruger never made the NCAA tournament at the small school in Texas but it did land him the head job at his alma mater following the 1986 season in which he was 20-8 at Pan-American

Back to Kansas State

Kruger took over legendary coach Jack Hartman, who he had played for and coached under, for the 1986-1987 basketball season. Hartman made seven NCAA Tournaments at Kansas State in his 16 years as a head coach. Kruger had an immediate impact at Kansas State. In his first year as the head coach he took the Wildcats to the NCAA Tournament second round with a 20-11 record. His best season with the Wildcats came in his second year where his 1987-1988 squad made the Elite 8 with players like Mitch Richmond and Steve Henson. Henson, who is now the OU top assistant, has been with Kruger for the majority of his career as a head coach. Dana Altman, now Oregon HC and former KSU HC after Kruger, was an assistant for Kruger at Kansas State. Kruger went 81-46 at Kansas State in his four years and made the NCAA Tourney every year with the program.

Kruger landed the head job at Florida for the 1990-1991 season. The program struggled in his first year with only 11 wins, but Kruger molded the program into a Final Four team in just three years after his first season as his Gators made the 1994 Final Four. It marked the first final four appearance for Kruger as a coach and it would take 22 years later and this year to match that feat with the Oklahoma Sooners. Although he never had quite the 1994 run again at Florida, he went 104-80 in his six years with the program.

After the 1996 season at Florida, Kruger would take his fourth head coaching job at the division one level and this time it would be with Illinois. Kruger spent four seasons at Illinois, making the NCAA Tourney in three of his four years there. All three of his NCAA Tournament appearances ended in the second round, but Illinois marked the third different program that Kruger got a win with in the tourney. Kruger was 81-48 as head coach of the Illini.

Kruger decided to take his coaching talents to the NBA and the Atlanta Hawks after the 2000 season at Illinois. Illinois would hire Bill Self as Kruger's replacement and after Roy Williams left for UNC and Self for Kansas, Illinois would hire Bruce Weber, marking three current Big 12 coaches that were head coaches at Illinois. Kruger didn't experience as much success at the NBA level where he spent 2000-2003 as the head coach for the Hawks. In his three years with the Hawks he compiled just 69 wins before being fired. Kruger would also spend one season as an assistant with the Knicks before getting his second chance back in NCAA basketball.

Everyone knew Kruger, who had taken three different teams and won an NCAA tournament game, could coach at the college ranks and UNLV would give him a second shot to prove himself. That he did as he took the Runnin' Rebels to four NCAA tournaments in his seven years as the head coach, prior to the 2007 tournament appearance UNLVs last three appearances were in 2000, 1998 and 1991. His UNLV career was highlighted by his 2007 team who made the Sweet 16. His son Kevin, who transferred from Arizona State to UNLV for his senior season, was a starter on the 2007 Sweet 16 team. Kruger would go 161-71 at UNLV and put them back on the basketball map.

Many consider his best coaching job has been at Oklahoma. After a 22 year absence from Kruger making a Final Four he finally does so with his 2015-2016 Oklahoma Sooner squad. Oklahoma had last made a Final Four appearance in 2002. Kruger is 111-56 at Oklahoma and has taken the Sooners to four straight NCAA Tournaments. His first season he went 15-16 and now in his fifth year is in the Final Four. Jeff Capel made just two NCAA appearances in his five years as the head coach prior to Kruger and finished out his fifth year with only 14 wins, compared to his first year which featured 15 wins.

Henson, a McPherson native, who played on Kruger's Elite Eight team at Kansas State has been there with Kruger nearly the entire way as a coach or player. They have a lot in common besides coaching together all these years, both came from small towns in Kansas and both played point guard at Kansas State. Henson, who would go onto play many years in the NBA and CBA after Kansas State, has been with Kruger at Illinois, UNLV and now Oklahoma. Recently, he has been with Kruger for 12 straight years. Prior to Oklahoma and UNLV, Henson even spent some time with Kruger at the Hawks (assistant/NBA scout) and spent a season at Illinois. The two have lost some tough ones and won some big ones together, perhaps none bigger than their win over Oregon on Saturday. This marks the first time Henson will experience a Final Four, maybe helping the 1988 Elite Eight loss the two experienced together 28 years ago against Kansas, who would go on to winning the national title. Henson has been reported to be the next new head coach at University of Texas-San Antonio after the seasons ends at Oklahoma, giving him his first head coaching job. That marks two McPherson natives that will be head basketball coaches in division one next season, including Brad Underwood, also a KSU alum, at Oklahoma State.

Kruger is said to be one of the nicest and most respected coaches in college basketball. It's hard to find anyone to say anything bad about him in the coaching ranks. Probably a huge reason a former player like Steve Henson has stuck around all these years. In a recent article by Dana O'Neil of ESPN, she called Kruger "the nicest guy in college basketball". In the article, Kansas coach Bill Self even went on to say "He's just so nice, no one is going to say anything bad about him."

Kruger has proved he can take over any program in college basketball and get them to the NCAA Tournament and win a game in the tournament as we noted, he is the only coach in college basketball history to take and win an NCAA tourney game with five different division one programs. Kruger, is one of the most underrated college coaches in America, and is still relevant and at the top of his game after spending four decades as a division one men's college basketball coach. Kruger is 590-360 all-time as a head coach at the division one level, not bad for a guy that grew up in a town of 1,400 in Silver Lake, Kansas. Although many don't support Oklahoma as Kansas or Kansas State fans, it's hard not to root for someone who came up right in our backyard of Kansas. Best of luck to the native Kansan in his quest for his first ever national title as he opens up Final Four play in Houston on Saturday against Villanova.