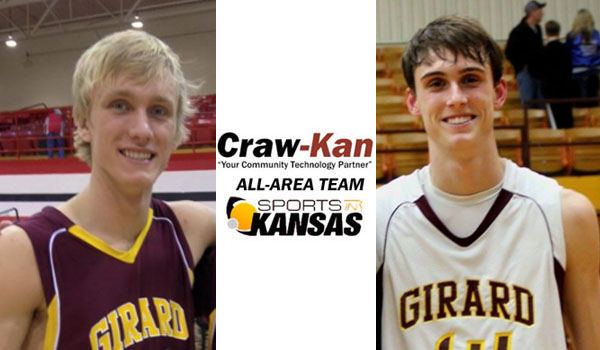 Davied, a 6-foot-6 senior, was one of the best players in Kansas this season and helped his Trojan team to a fourth place finish at the 4A-II state tournament in Emporia earlier this month. Davied averaged nearly 19 points per game as a senior and is a repeat selection on the Craw-Kan All-Area team. He was a first team All-4A selection along with teammate Laike Damman and was the lone SEK area player to earn all-class honors, being selected to the third team (Top 30) by Sports in Kansas. Davied, one of the nation’s top high jumpers with a career best of 6-foot-10, won 4A state titles in the event in 2013 & 2014.

Roelfs led Pittsburg to their first outright Southeast Kansas League title in 41 years (1974-1975). Pittsburg went an impressive 9-3 in league play. Roelfs, who shared a league title back in 2008-2009 with Fort Scott & Labette County, got his first outright title as a head coach at PHS. Pittsburg finished the 2015-2016 campaign with a 13-8 record, a year after going 6-14.