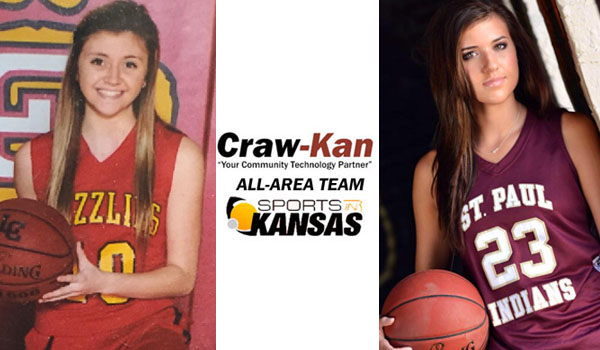 Gegg, a sophomore guard, helped her team to a fourth place finish in 4A-I this season. Gegg already has over 1,000 points in just two years of high school basketball and is on pace for the rare 2,000 point career. She averaged 23 points per game this year after averaging 20 points per game as a sophomore. She is a two-time selection at Craw-Kan Player of the Year. She was also a first team all-state all-classes selection from Sports in Kansas, who also named her the Sophomore of the Year in Kansas for 2016.

Tuck was the top finishing coach in the Southeast Kansas area as his Lady Indians finished third at the 1A-I state tournament in Dodge City. It marked back-to-back top finishes for Tuck and St. Paul, who only lost one basketball game this year. Tuck, a longtime and very accomplished basketball coach at St. Paul, was previously a head football coach at St. Paul where he won 8-man state titles in 2000 and 2002.