v Sports in KS: 2016 Boys Basketball Players of the Year - Sports in Kansas 
Warning: include(../includes/bodytag.php): failed to open stream: No such file or directory in /home/kansass/public_html/ks/news/index.php on line 36

Sports in KS: 2016 Boys Basketball Players of the Year

Zane Richter earned 2A Player of the Year honors from Sports in Kansas. (submitted photo) 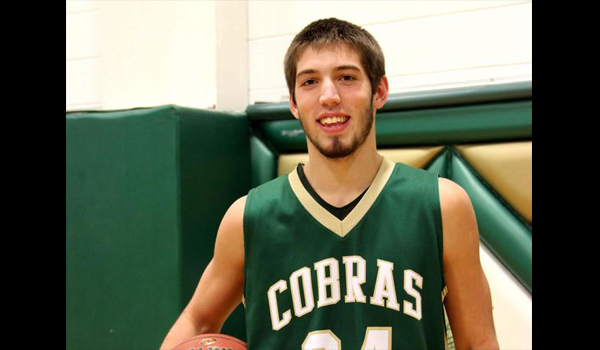 2016 Sports in Kansas Boys Basketball Player of the Year

Player of the Year Capsules

Harding, a 6-foot-1 senior guard at Wichita Southeast, helped lead the Buffaloes to a second place finish in 6A this season by averaging nearly 28 points per game in 2015-2016. Harding set the 6A state tournament scoring record with 103 points (three games) in Wichita. Harding has an offer from Sam Houston State at the division one level and was also named Kansas Gatorade Player of the Year in 2016.

Pile helped lead Eisenhower to the state tournament although they didn’t have the outcome they wanted being upset in the opening round by the eighth seed KC Washington. The 6-foot-8 junior averaged 20 points, 15 boards and four blocks per game this season, arguably some of the best numbers in Kansas at a high level of competition. Eisenhower finished the season with a 21-2 record.

Pyle earned 4A-I Player of the Year honors after leading his Bullpups to a second place finish in 4A-I. He was also part of the last two state titles at McPherson in 2014 & 2015. Pyle, a 6-foot-3 senior guard, averaged 22 points a game for McPherson and finished as the schools fifth all-time leading scorer. That doesn’t sound quite impressive until you realize McPherson has had 13 state basketball championships and six players earn Mr. Kansas Basketball.

Holmes, a 6-foot-4 senior, finished 14th all-time in Kansas history with 2,191 points over his career and averaged just over 27 points this season. Although his team didn’t make it to the state tournament this year, Holmes has been one of the best scorers in Kansas over the past three seasons. He is a three time all-state selection at the 4A-II level and also earned player of the year honors last season. He will continue his college career at Washburn.

Fort, a 6-foot-5 senior forward, helped led the Indians to their first state title since 2000 by averaging 26 points and nine rebounds per game this season. Osage City finished with only one loss on the season and outside of Harding in 6A, Fort may have had the best season in Kansas. Fort, who played for his dad, Dennis Fort at Osage City, scored more than 1,900 points in his career and will continue his career at Emporia State University.

Richter has been one of the most impressive scorers in Kansas over the past two seasons and it helped lead his team to the 2A state title this season. Richter averaged 23.6 points per game this season, after averaging 27 points per game last year. The 6-foot-4 senior also pulled down nearly nine rebounds per contest. Jackson Heights finished at 24-2 and the 2A state champion.

Although his team didn’t make the state tourney, Leach proved to be one of the best players in 1A-I over the last two seasons. A year after being named the most outstanding player of the 1A-I tournament, the 6-foot-4 senior averaged 16 points and 10 rebounds per game for Doniphan West this season. Leach was also an all-state selection at receiver in football this past fall.

Dubbert, a 6-foot-4 junior guard, had one of the most impressive seasons of smaller class Kansas basketball in 2015-2016. He averaged 23 points per game and pulled down nine boards per contest. He also set the state record for consecutive three pointers made without a miss by hitting 11 in a row over three games this season. He shot 50 percent from three this season. Dubbert also earned all-state honors in 1A-II as a sophomore last season.