v Sports in KS: 2016 Boys Basketball Coaches of the Year - Sports in Kansas 
Warning: include(../includes/bodytag.php): failed to open stream: No such file or directory in /home/kansass/public_html/ks/news/index.php on line 36

Sports in KS: 2016 Boys Basketball Coaches of the Year

Dennis Fort led Osage City to the 3A title and earned 3A COY honors. (submitted photo) 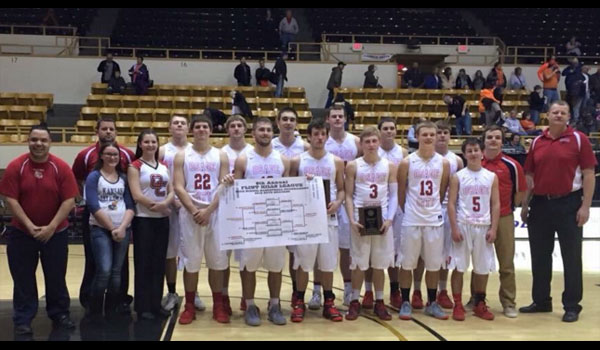 2016 Sports in Kansas Coaches of the Year

Coach of the Year capsules

Stitzer led SM North to their first state title in 63 years, one year after making the Final Four for the first time since 1999. Led by the Weathers twins, Michael and Marcus, who combined for 46 points in the title game as they routed Wichita Southeast 80-56 to capture the 6A state championship.

Mill Valley captured its first ever state basketball title under Bennett with an 87-84 overtime victory over Kapaun Mount Caramel in Topeka. The Jaguars entered tourney play as the four seed and picked up victories over Salina Central in the quarterfinals and KC Wasington in the semis. Mill Valley also won the state football title this fall, becoming the first ever team in 5A to win football and basketball in the same school year.

Miege, who has always been known for girls basketball with 19 state titles under Terry English, is also showing they have a boys team as well. Zych led the Stags to their third state title in school history with a 69-59 title game victory over traditional state power McPherson. Miege will be primed to repeat with all three of its all-state players returning in 2016-2017, two of them just a freshman and sophomore this season. Miege also won state football in 4A-I this fall, becoming the first program to ever win 4A-I football and basketball in same year, with the classification being brand new in 2013 for basketball.

Although Korf didn’t lead Hugoton to a state title, he has plenty to be proud of in 2015-2016. The Eagles took second in 4A-II to Collegiate and made their first state tournament appearance since 1951. Korf also led Hugoton to their first ever title game appearance in school history. Not only that they had to knock off defending state champion Holcomb in sub-state to even get to the state tournament.

Fort led Osage City to their first state title in 16 years as they defeated Sabetha 55-49 for the 3A state title in Hutchinson. Osage City was led by 3A player of the year Duncan Fort, Dennis’ son, who averaged 26 points per game this season, along with 3A first team all-state selection Ryan Haskins. The Indians finished 25-1 on the season. Fort was also the head coach of the 2000 team that last won the 3A state title at Osage City.

Jackson Heights captured the 2A state title with a 64-55 victory over previously undefeated Salina-Sacred Heart in Manhattan. It marked the first state title for the Cobras since 2003 and the third one in school history, first one under Brown. Jackson Heights was led by all-state selection and 2A player of the year Zane Richter, who averaged over 27 points per game in 2015-2016.

Centralia entered the state tournament as the four seed with seven losses on the season and would go on to capture the 1A-I state title with a 38-27 victory over Osborne in the 1A-II state championship. It marked the first state title for Centralia in 14 years and second boy’s state basketball title in school history.

Attica captured the 1A-II title in Dodge City with a 54-52 victory over Hartford, its first ever state basketball title. Attica, who combines with Argonia in football to form A&A, took state runner-up this year in 8M-II for football.