v Labette Bank Athlete of the Month: Sydney Dent - Sports in Kansas 
Warning: include(../includes/bodytag.php): failed to open stream: No such file or directory in /home/kansass/public_html/ks/news/index.php on line 36 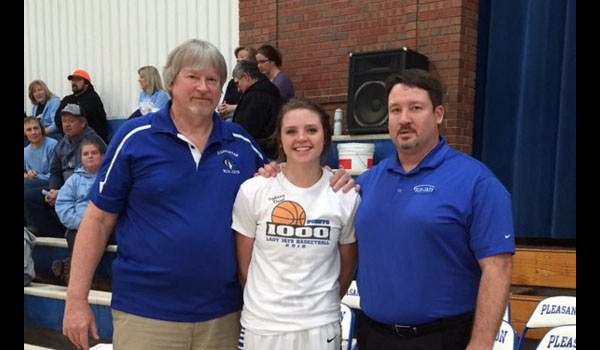 Sydney Dent, senior at Pleasanton High School, has been named the Labette Bank Athlete of the Month for her play over the month of January. Dent went over the rare 1,000 point milestone for points in a career in the month for the Blu Jays.

Dent, a 5-foot-10 guard/forward, is averaging 17.3 points per game over the 2015-2016 season. She is just shy of averaging a double-double as she also pulls down 8.9 rebounds per contest. Dent has scored 1,088 points over her four year career (79 games) for a career average of 13.8 points per game. She has averaged over double figures in each of the last three seasons and averaged just over nine points as a freshman. Although a big scorer, she also averages 3.3 steals per game and over two assists.

Pleasanton, who plays in the Three Rivers League, is currently 9-6 on the season with a 3-2 league record. They will host Uniontown (10-6, 4-2) in a TRL matchup on Friday.