v Hoxie state record streak ends at 107 - Sports in Kansas 
Warning: include(../includes/bodytag.php): failed to open stream: No such file or directory in /home/kansass/public_html/ks/news/index.php on line 36 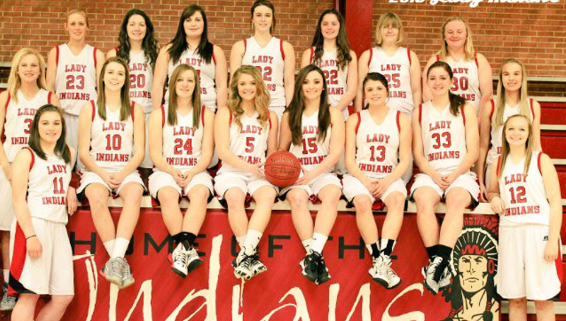 The Hoxie girls basketball team, led by head coach Shelly Hoyt, had not lost a basketball game since December of 2011 until their state record streak of 107 consecutive basketball games came to an end with a 53-48 overtime loss to Hill City on Tuesday night.

Hoxie broke the state record streak of Shane Cordell and Little River of 91 consecutive (1994-1998) last season and has won the last four consecutive 1A-I state basketball titles. The Little River record of 91 almost seemed made up and that it would be one of the hardest records to break, then came Hoxie. Not only did Hoxie beat the streak last season they extended the state record by 16 more wins.

When we caught up with Shelly Hoyt last season, the streak was never something she thought of much, but it's something that is always brought up. All Hoyt does is try to chase perfection and not think of the streak.

"I'll tell you its tough. People forget we are dealing with young kids. We don't talk about it at all at practice," Hoyt said. "You know the minute they walk into the community or somewhere else someone else is going to say something to them."

Hoxie is 134-4 dating back to when the 2010-2011 season started in December of 2010. The Indians have played in five consecutive state championship games, winning the last four consecutive.

The boys state record for consecutive games won also ended this season at 63 set by St. John and head coach Clint Kinnamon. St. John has won three straight titles in 1A-I and 2A (2).

The 107 consecutive won by Hoxie will be remembered as one of the most impressive state records of all-time. According to our twitter poll (@sportsinkansas) it was just behind the Smith Center 79 consecutive football games won (2004-2009) as the second most impressive winning streak in Kansas history.