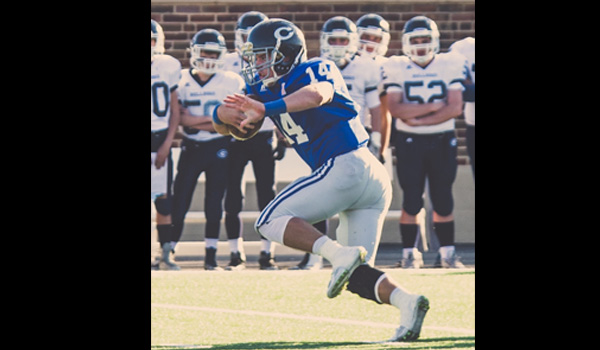 Colgan senior quarterback, Ryan Cedeno, has been named the Labette Bank Athlete of the Month for his play over the month of November from Sports in Kansas.

Cedeno, who was a two year starter under center, had one of the best years at quarterback in the Southeast Kansas area for 2015. He completed 85 of 146 passes for 1,513 yards for 19 touchdowns in leading the Panthers to a 9-3 record on the season. The most impressive stat of the year for Cedeno was that he threw zero interceptions over those 146 passing attempts. He also rushed for 336 more yards and nine scores.

Colgan finished the season with a loss to eventual 3A state champion Rossville (9-3) in the sectional playoff game.