v Program History of the 2015 State Football Finalists - Sports in Kansas 
Warning: include(../includes/bodytag.php): failed to open stream: No such file or directory in /home/kansass/public_html/ks/news/index.php on line 36 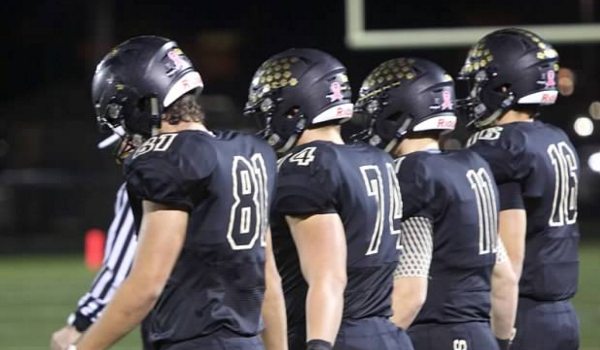 The Tigers are one of the most consistent programs in the state. This will be their 12th title game appearance, but first appearance at the 6A level. BV is the first ever EKL team to make the 6A title game as it has always been a Sunflower team on the east since 6A became a classification in 1978. The Tigers are 43-13 all-time in the Kansas playoffs. Eric Driskell will be going for his third state title as a head coach since 2010 (2010, 2013). Steve Rampy, now offensive coordinator at Pittsburg State, won the first four titles for the Tigers (1991, 1998, 2003, 2006).

Carroll is 34-19 all-time in the Kansas playoffs with three state titles. It’s first title came back in 1978 but it would take 34 years for the next one in 2012. Carroll will be going for its third state title in four years as they won it all in 2012 and 2014, all under current head coach Alan Schuckman. Carroll has 23 playoff appearances as a school, 14 of those coming under Schuckman.

Mill Valley is 5-9 all-time in the Kansas playoffs with three of those wins coming this year. MV made its first playoff appearance when it was near a brand new school back in 2002, but had never made it past the round of eight until this season under Joel Applebee. 2015 marks the first appearance in a state title game. Mill Valley is the only team 4A-II and above that has an undefeated record against Kansas competition. The Jaguars have 10 all-time appearances in the state playoffs since they made their first appearance in 2002. Ben Hecht, Christian Jegen and Logan Koch are three of the best players Kansas has to offer.

Names you may remember: Evan Applegate - 2014

Andover Central is 9-12 all time in the Kansas playoffs with three of those coming this year. The Jaguars made history this year as they punched their ticket to its first ever state title game. Tom Audley has been the coach of Central since it became a program in the early 2000s. Prior till this year they had never made it past the round of eight a place they had only been to twice. AC has 13 appearances as a school. The trio of Jordan Birch, Peyton Huslig and Darraja Parnell has elevated this program into a contender.

Names you may remember: Boston Stiverson – 2010

Holcomb is 12-16 all-time in the Kansas playoffs and is making their first ever state title appearance in football. Kent Teeter, in his second year of the program, now has two of the schools deepest three playoff runs as Holcomb has at least made the semifinals three times (2015, 2014, 1994).

Holton has become a consistent power over Brooks Barta as he is 202-35 in twenty seasons as the head coach. Holton has 19 playoff appearances as a school and Barta has 18 of those, which have been in 18 consecutive seasons. The Wildcats are 3-3 all-time in state title games with 4A state titles in (2003, 2005, 2012). Holton is 46-15 all-time in the Kansas playoffs and this will mark their first ever appearance in a 4A-II title game as all previous appearances came before the 4A split.

As hard as it is to forget about the Silver Lake dominance across 3A over years, the last two years of Rossville have almost made you forget it for the time being. Tucker Horak has had arguably the best career someone can have in high school football becoming the first ever play in Kansas history to rush and pass for 2,000 each in the same single season. Derick Hammes, in his third year as a the head coach, has two of the three all-time title game appearances for the school and the only state title (2014). The Dawgs are no stranger to the playoffs as they have had 26 appearances all-time and a 51-24 record in the state playoffs. Rossville is 1-1 all-time in the state title game, winning it last year and falling 3-0 to Hesston in the 1992 state championship.

Collegiate has been one of the most impressive offenses in Kansas for 2015. They are no stranger to the playoffs with a 31-16 record in the postseason. Collegiate is also really good in the title game with a 3-1 all-time record. WCS has state titles in 1994, 2000 and 2009 with a runner-up finish in 1993. Collegiate is also no stranger to producing a lot of division one talent for a 3A/4A high school in the past twenty years. The list below will help confirm that.

Troy, who is 13-25 all-time in the postseason, hasn’t had a ton of success in the playoffs but they have recently with five playoff wins over the last two seasons. Derek Jasper has helped elevate the program to its first ever state title appearance after a semifinal run last season. Troy does have 26 playoff appearances all-time but 16 of those were first round exits.

Phillipsburg had never made it past the state semifinals until this year. The Panthers punched their ticket to their first ever state title game by a dominating victory over rival Smith Center in the state semifinals. Phillipsburg had only made it to the semis only twice prior till this year back in 2002 and 2005. The Panthers are 11-9 all-time in the Kansas playoffs with 10 total appearances in the post season.