Cailie Logue of Girard is among the nations top runners. (photo: Chet Kuplen) 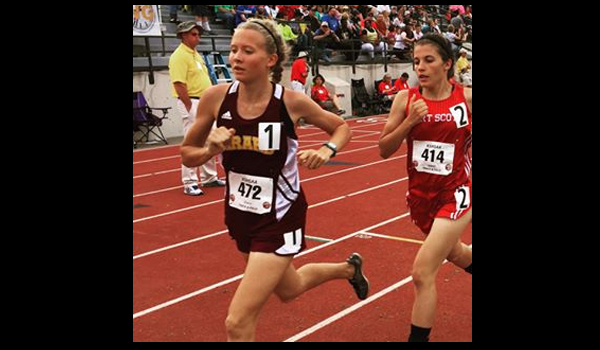 Girard junior Cailie Logue has been named the Labette Bank Athlete of the Month from Sports in Kansas for October with her state championship winning performance in cross country at Wamego last Saturday. Logue has now earned three state titles in her three years of high school in 4A Girls Cross Country.

Logue, also an accomplished state champion runner in track and field, was named the Kansas Gatorade Cross Country Athlete of the year in Kansas last season as a sophomore. Her time of 18:08.87 beat everyone by over a minute at the 4A state meet. Logue also has a rare sub 5 minute mile and 1600 at the high school level and is ranked nationally in that event in track and field. She is the number one overall runner in Kansas and one of the nations best as a junior. Logue now has six individual state titles and still has another season of cross country and two years left of track and field.

It's not a surpise what Logue is accomplishing, as her mother, Christie (Allen) Logue, a Labette County HS alum, was a multiple time national champion and All-American at Pittsburg State. Her dad, Matt, who is the Girard Head Track/CC coach, was also a state champion in high school at Lansing and a runner at Pittsburg State.