v Nemaha Central is 9-0 and a contender in 3A - Sports in Kansas 
Warning: include(../includes/bodytag.php): failed to open stream: No such file or directory in /home/kansass/public_html/ks/news/index.php on line 36

Nemaha Central is 9-0 and a contender in 3A 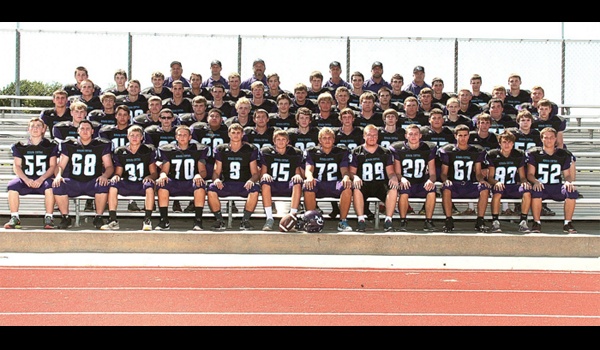 In November of 2010, voters approved a plan to merge Baileyville B&B Junior-Senior High School with Nemaha Valley High School.  The new school would open in the fall of 2014 and be known as Nemaha Central High School.  The school would be located in Seneca, just seven miles east of Baileyville.  There were a lot of changes being made with teachers, administration and athletics.  B&B which was a very small school would be consolidating with Nemaha Valley who was playing in class 3A at the time.  The two schools merged and are now apart of class 3A.

Warren Seitz would take over the helm of the new football team.  He knew that the first year of the program would be successful, since B&B was a team that had always made it to the 8-Man State Championship held in Newton every fall.  In the Thunder’s first year of existence, Seitz led his team to an impressive 7-3 record, including making the first round of the playoffs before being eliminated by rival Sabetha.

The Thunder would come out in the fall of 2015 with high hopes, hopes that they would make it past the first round of the playoffs.  Seitz has currently led his team to a perfect 9-0 start throughout the regular season and will hope to continue that in the class 3A playoffs, which begin today.

“We’ve got a good group of seniors that have really worked hard for the past four years,” Seitz said.  “The transition has been really smooth with the consolidation, the guys have always gotten along so over the last couple years they’ve worked together and it’s really came together in what we’re doing with the football program here.”

Nemaha Central opened up this season with a 31-8 win over Sabetha, their rival and the team that eliminated them from the playoffs last season.  Six of the Thunder’s nine opponents will play in the postseason this year.  The Thunder have been putting up big numbers this year, outscoring their opponents 387 to just 82.  The most points the Thunder has given up was 15 back on Oct. 9 to Jefferson West.

“Offensively, I think the biggest thing is that we can throw and we feel like we can run the ball,” Seitz said.  “We mix things up and I think that’s been the key so far.  Defensively, I think we’re very athletic, we’ve got good team speed.  We feel really good about our defense and getting to the ball.”

Nemaha Central will open the 3A playoffs up with Riverside, a team that they beat 39-6 back in week two of the season.  Coach Seitz knows that they beat Sabetha early last season and let them come back and beat the Thunder in the playoffs, so him and his team will not overlook the Cyclones.

“I think we’ve gotten better this year, Riverside will spread things out,” Seitz said.  “They’ve got a couple good guys on defense, so we’ll have to be ready to play on both sides of the ball.  I know we blocked a punt earlier when we played Riverside, so hopefully our special teams can continue to play well.”

The Thunder has a very balanced offense this season and will spread things out, both with throwing the ball and also keeping it on the ground.  Junior Ryan Hasenkamp leads the Thunder team as the quarterback, he’s thrown for 1,279 yards on the year, with 13 touchdowns to just three interceptions.  Hasenkamp will hand the ball off to his favorite running back, that being senior Kyle Rethman, who’s rushed for 780 yards on the season, with 11 rushing touchdowns.  Rethman isn’t the only one that will do the running duty for the Thunder, Hasenkamp will keep the ball himself, as he has ran for 542 yards and also has 11 rushing touchdowns.

Nemaha Central in just their second year of existence has made it to the class 3A playoffs for the same amount of years the school has been around.  The Thunder look to continue to be a tough team to compete with in the class as the school’s program continues to build and grow.  Seitz is very pleased with the community support and the great environment on Friday night’s.

“I really think that the community has been supporting us,” Seitz said.  “I think it’s the winning tradition and the winning atmosphere that these kids have been apart of for a number of years.  They expect to win, and getting these two schools together has been an awesome combination for us.”

Special thanks to SBS Insurance of Seneca for powering this update with Sports in Kansas, see them online here. Also be sure to nominate the Rainbow Communications Northeast Kansas Athlete of the Month from Sports in Kansas by tweeting us @sportsinkansas or email admin@kansas-sports.com.