Girard has been named Craw-Kan Team of Week after district title. 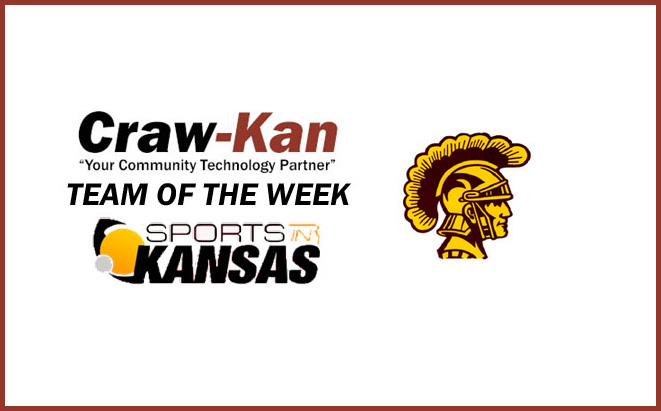 In the second year ever of 4A-II football, the Girard Trojans have claimed back-to-back district titles, going 3-0 in their district to earn the Craw-Kan "Your Community Technology Partner" Team of the Week from the Southeast Kansas area. The Trojans earned the title with a 28-14 victory over Iola on Thursday night in Girard.

The Trojans put together a big second half as they trailed the Mustangs by one point at halftime (14-13). Girard's 11 play 99 yard scoring drive on their first possession of the third quarter put the Trojans up 21-14 after a 15 yard touchdown by quarterback Eric Wilson. The Trojans would also tack on a fourth quarter touchdown to increase the lead for a final score of 28-14 as they shut out Iola in the second half. Trey Eaton led GHS with 122 yards rushing in the game.

Girard, under head coach Leon Miller, improved to 6-3 on the season and will host Frontenac in the first round of the 4A-II playoffs on Friday.