Uniontown named this weeks Craw-Kan Team of the Week. 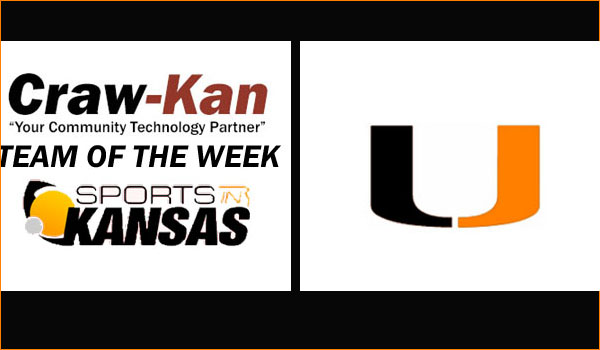 Uniontown, led by head football coach Chad Stroud, has been named the Craw-Kan "Your Community Technology Partner" Team of the Week from the Southeast Kansas area with their week eight 52-6 victory over Pleasanton on Friday night.

The Eagles (8-0) racked up 350 yards of total offense and limited the Bluejays to just 15 yards on the night. 250 of Uniontowns yards came on the ground. Senior John Reed scored two touchdowns to lead the Eagles.

Uniontown (8M-I) has been dominating competition all year, outscoring opponents 458-to-88, and finished out Three Rivers League play with a perfect 6-0 record. The Eagle defense has really been a strength this year and has had three turnovers in their eight games this season. They will take on Waverly this Thrusday in the final district game of the year.