A look at the toughest districts in Kansas

Rossville will be the favorite to get out of their very tough district. 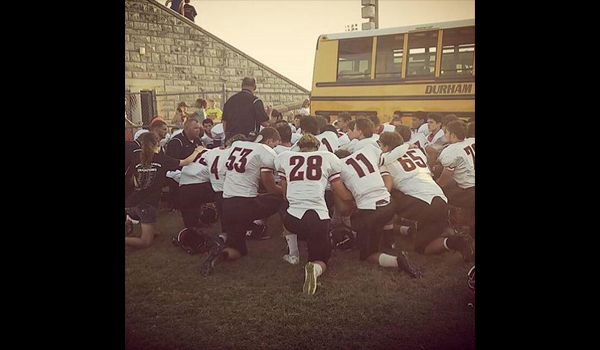 As district play begins in 3A on up, we will look at some of the tougher districts in the state.

-With only two playoff spots on the line and four combined losses. These four Sunflower League teams each have the ability to knock each other off. Lawrence has been impressive and is the favorite to win this district.

-Free State has been the most tested team in this district and has the worst record. They also have the best win in defeating SM East. Putting a Sunflower League team on the West is dangerous. This is a four team race for two spots with the improvement of Washburn Rural, which is one of the most surpring teams by record in Kansas at this point.

-Garden City and Wichita Northwest have surprised alot of people with their 6-0 start. Northwest has been the most impressive team in this district after six weeks of play. Caden Walters and Dodge City have shown the ability to put up a lot of points, however there are going to be two teams sitting at home that are playoff caliber in 2015.

-This becomes a three team race between Bonner, St. James and Mill Valley. Mill Valley is by far the most tested and there is still a lot of unknowns based on the schedules Bonner and SJA have played. Bonner and SJA should fight for that second playoff spot with Mill Valley being the district champion. However it's district time and only these next three weeks matter, thats why we play it!

-This district doesn't get on here because of its combined record but because it could play out being pretty even. Pittsburg is the least tested because of who they play in the Southeast Kansas League and that could factor into district play as it did to them in a loss to BV West in week seven last year. Aquinas is the most tested and could help them out, especially after coming off a huge win over Blue Valley.

-This district gets on here because it should be a three team race for the second playoff spot between Abilene, McPherson and Hays. Abilene is the least tested and a two win Hays team could contend based off the 6A, 5A competition they have played in all six games. McPherson has two losses but are to good Andale and Augusta squads.

-When a traditional power like Holton has the worst record in the district that shows you it is going to be pretty tough even if they are just 3-3 this season. Royal Valley has been a nice surprise at 5-1. This should be a four team race for two spots.

-If you're a betting man then you are going to go with the usual in Rossville and Silver Lake, which have been a safe bet, an almost safe bet that one will be playing for the title in November. However this district has to be considered maybe the best in 3A because nobody has a losing record. It is one of the two districts out of the 16 total that has all teams with at least .500 record.

Although Halstead and Garden Plain are the favorites to get out of the district it is one of the toughest in the state with it only being one of two districts with all teams with an above .500 record.