Frontenac earns Craw-Kan Team of the Week after week two win over Riverton. 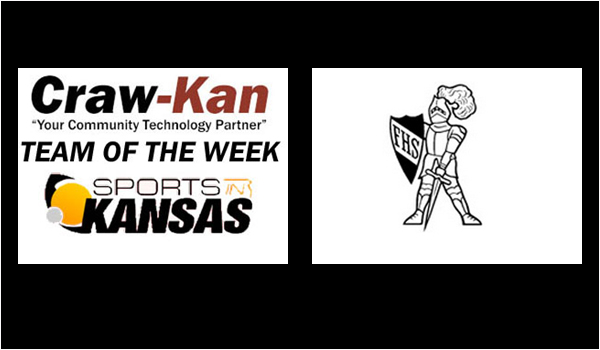 The Frontenac Raiders got back on the winning track of things on Friday night with a 33-14 victory over CNC opponent Riverton in week two of the football season. For their effort they have been named this weeks Craw-Kan "Your Community Technology Partner" Team of the Week.

Frontenac trailed 14-7 at the half and later tied the game at 14 all in the third quater, but would go on to score 19 unanswered points and outscored the Rams 19-7 in the second half to get their first win of the season.

The Raiders were led by junior quarterback Brandon Mlekus who was 9 of 12 passing for 169 yards (2 TD), while rushing for 63 more and a TD on seven carries. That passing performance included a 75-yard play-action pass to wide receiver Riley Swigart for a touchdown that broke up the game for the Raiders with a 21-14 lead. Cadin Bollinger and Ryan Menghini each had 98 yards and a touchdown for the Raiders. For the season, Mlekus is 24 of 37 for 358 passing yards with three touchdowns while rushing for 166 more and seven touchdowns. Menghini also stepped up big on the Raider defense with 10 tackles.

Frontenac's win is a step in the right direction after falling 41-37 in week one to Osawatomie.

"We weren't physical last week and I felt like we were this week. Our defense stepped up in the second half." Frontenac head coach, Mark Smith said.