Troy went 10-2 in 2014 and will have to replace several key players. (Janel Anderson) 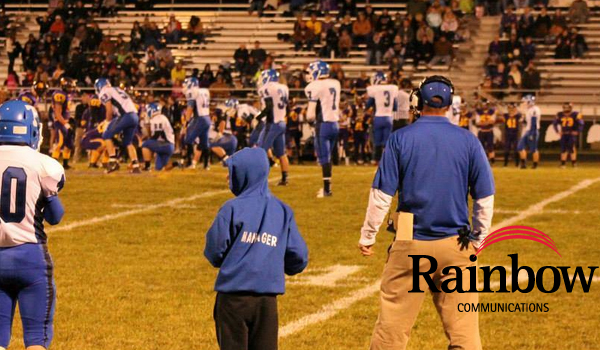 Doniphan finished 3-7 last season under first year head coach Rod Pittman and made the playoffs despite having a losing record. They will look to build off a year with some struggles, but the good news is they return nine starters on offense and nine on defense. Levi Watts is back at quarterback after throwing for over 700 yards as a freshman in 2014. Cooper Leach and Lane Spiker are also skill players to look at on the offensive side of the football for the Mustangs. The Mustangs open up the 2015 season on the road against Onaga, a team they lost two twice last year, once in the season opener (16-8) and the last game of the season (26-13).

Hiawatha went winless in 2014 but Chris Diller’s squad returns seven starters on each side of the football for 2015. Wins may be tough to come by in 2015, but several players got experience last season. The key to the Redhawks will be to open up the season on a strong note as they take on Atchison County in week one, a team that just won two ball games last year and Royal Valley who also had two wins. Hiawatha will be in a 3A district with Horton, Riverside and Sabetha, all teams that had winning records in 2014, with two playoff spots on the line.

Horton was put on the map of Kansas last season as Trey Dishon turned the heads of everyone when he received a late offer from Kansas State to play football. The Chargers had a nice 7-2 campaign last year but return just three offensive starters and three defensive starters off that squad. Both losses last season came to high quality teams in known state power, Centralia, and Sabetha. Derek Richardson returns in the backfield after rushing for over 900 yards last season as a junior. Cole Wolf is also a nice sized linebacker at 6-foot-1 and 255 pounds that registered nearly 80 tackles a year ago. Nick Dowell is entering his eighth year as the head coach at Horton in 2015.

The Thunder went 7-3 in the first year of the newly consolidation of Nemaha Valley and Baileyville B&B as Nemaha Central. 2015 looks promising for a team that returns seen starters on offense and six on defense. Ryan Hasenkamp returns at quarterback after throwing for nearly 600 yards last season and returns wide receivers Tristen Allen, Dylan Steinlage. Head coach Warren Seitz is 26-12 combined at Nemaha Valley and now Nemaha Central as the head coach. Nemaha Central opens up the 2015 campaign at home against Sabetha, a team they lost to last season in the playoffs (26-8), although they did win last year’s regular season opener against the Bluejays (28-8)

Riverside went 5-4 in 2014, but missed the playoffs after going 1-2 in district play. Seven total starters return for head coach Scott Koranda, who is now in his fifth season. Gone is quarterback Andrae McGaughy, who was one of 3A’s top players. Offensive line and quarterback will be positions the Cyclones need to fill in 2015.

Garrett Michael enters his seventh year as the head coach at Sabetha and helped them to an 8-3 mark in 2014, including a district record of 3-0. Sabetha opened up the 2014 campaign losing to Nemaha Central (35-27), but later got them back in the first round of the playoffs (28-8), before falling to state power Silver Lake (28-7). Their only other loss came to 4A-II state power Holton (42-12) in week three of the season. The Blue Jays return five starters on each side of the football. QB Brandon Poe, RB Brock Frey, and RB Trae Snyder will be relied upon heavily on offense. Kaid Allen returns on defense after picking up over 60 tackles last season.

Troy had a magical season a year ago going 10-2 and reaching the 2-1A sub-state championship where they lost to eventual state champion Olpe (36-28). Gone is all-state quarterback Tristan Speer, who threw for over 2,400 yards and 36 touchdowns for the Trojans in 2015. Head coach Derek Jasper returns just four offensive starters on offense and three on defense, however the junior varsity program has shown a lot of recent success over the past few seasons. Cuttar Huss is the top returnee for the offense as he picked up over 700 yards receiving as a sophomore. Troy opens up the 2015 campaign against Washington County.

Rainbow Communications and Sports in Kansas will be in partnership to release an athlete of the month from the Northeast Kansas Area at the beginning of the following participation month. To nominate (last 5 days of the month) send email to admin@kansas-sports.com.