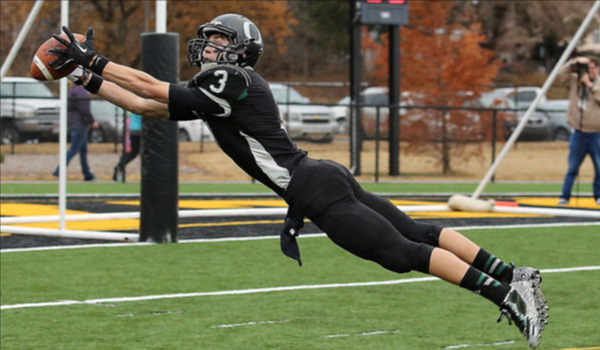 Now that our friends at Kansas Pregame have released and distributed their 2015 edition, we can officially announce that Everett Royer has been awarded the Grand Prize for the 2014 Kpreps Friday Night Photo Contest.

"We continue to be impressed with the quality of photos we receive each year in the Friday Night Photo Contest,” said Kpreps’ Managing Partner Matt Gilmore. “The thousands of photos we receive through the contest play an integral part in telling the complete story of high school football in our state.”

“Selecting a grand prize winner has become one of the more difficult decisions we face throughout the year,” said Kpreps’ Managing Partner Andy Wachter. “The quality of photos we receive has really exceeded our expectations. We enjoy providing the platform to feature the work of some of our state’s best photographers, and we feel it is really special for high school athletes to be captured in such brilliant work.”

Royer, who was also named the grand prize winner in 2010, wins $500 cash for his 2014 winning photograph. The winning photo was announced and featured in the 2015 edition of Kansas Pregame Magazine.