v Holcomb sophomore VanCleave looking to make history - Sports in Kansas 
Warning: include(../includes/bodytag.php): failed to open stream: No such file or directory in /home/kansass/public_html/ks/news/index.php on line 36

Conner VanCleave of Holcomb is having one of the best seasons in Kansas history. (photo: USD 363) 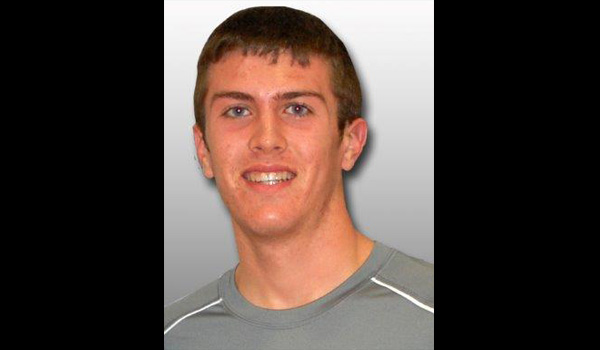 Holcomb sophomore, Conner VanCleave, is having an unbelievable season for the 4A-II Longhorns. A 6-foot-6 lefty that throws in the low-to-mid 80s has picked up eight wins on the mound this season, while hitting .680. It is safe to say he is starting to generate interest around himself and his program.

"We are 13-4 as a team. I have been successful this year because of the great teemates that I have behind me hitting and also on the defensive side." VanCleave said.

VanCleave is quick to give all the credit to his team, but his numbers cant be dissmissed and are video game like in 2015. He has struck out 95 batters in 55.1 innings pitched with a 0.38 ERA. The Kansas state record for single season ERA (50 IP minimum) is 0.41 by Shamus Kearney of Wellsville in 2014. If he can close out the season the way he has been playing all year that record is in serious jeopardy.

This isn't just a one year deal either for VanCleave. As a freshman last season, he had 106 striekouts in 69.2 innings pitched, to give him 201 in his young career. He also picked up seven wins last year to give him 15 for his career.  All-Time career record for wins is 31 and strikeouts is 455, both by Rob Musgrave of Santa Fe Trail from 2001-2004.

The sophomore is also an all-state basketball player, helping the Longhorns to the 4A-II state title this year. He averaged 13.6 points while pulling down nine rebounds per contest. He also plays football, a big target who caught six touchdowns last season, and had 61 tackles on defense. VanCleave, who has played summer ball in the past for the Butler County Yankees, will play this summer with the South Charlotte Panthers. South Charlotte is one of the elite baseball showcase organizations in the nation.

With a lot of time between now and his senior year, one may think college recruiters and scouts will make their way to Holcomb over the next couple of seasons.

Holcomb, who has won three state basketball titles in its school history, has never won one in baseball.

"We want to make it further than Holcomb has ever been before." Van Cleave said.

The Longhorns, currently 13-4 and ranked ninth in the latest KABC poll, will open regional play up next Tuesday against Colby (8-10)