Inside look at the 1A-II Boys State Tournament 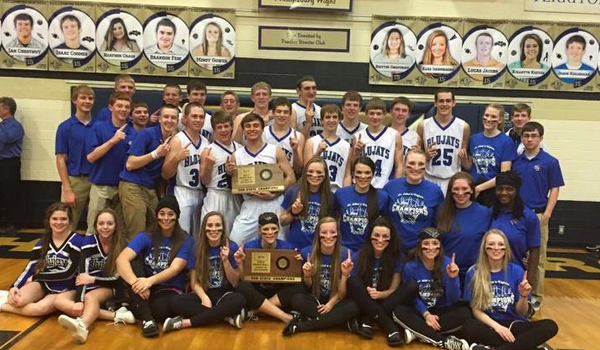 St. Johns/Tipton, which is a co-op of two schools for football and basketball, have been loaded with athletes over the last two seasons. Senior Trey Dubbert, who averages around 17 points per game, was the 1A-II player of the year after he led the Blujays to the state title last season. Also look for his brother, Davis, who is having a big sophomore year. The Blujays are very deep and have over 20 players out for basketball despite having an enrollment in the sixties.

Axtell was a team nobody was talking about two years ago and ended up winning the state championship, something they are hoping to happen again in 2015. This game on Thursday puts a match-up between the last two 1A-II state champions, as St. Johns-Tipton won it all last year.

Central Christian has three state tournament appearances in the history of their school, all in the past three seasons. They have never made it past the first round. A win on Thursday would put them into the final four for the first time in school history.

Ashland won it all just three years ago in 1A-II, but this year marks the first year they’ve been back at the tourney since 2012. They have six all-time appearances as a school.

Caldwell is making its ninth all-time state appearance and second consecutive after having a 13 year drought beforehand. They are led by sophomore Colten Ward who is averaging around 14 points per contest.

Wheatland-Grinnell is making its first state appearance since 2012. They are on a hot streak as they have won 13 out of their last 14 games.