Inside look at the 4A-I Girls State Tournament 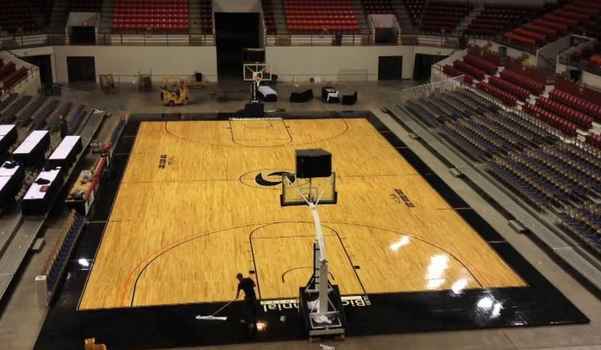 The Lady Panthers make their first appearance in the State Tournament as a #1 seed and with an undefeated record.  This will be their third straight year that they’ll head to Salina as one of the final eight teams left in 4A-I.  They’re led by senior Tiana Moala who has signed to play at Emporia State, and senior Lyndsee Johnson who is headed to Hillsboro, Kansas to play at Tabor College.

The Lady Rockets may be the biggest surprise out of all 64 teams (8 total classes) to make it to a State Tournament.  They make the trip to Salina after upsetting host Winfield and Wellington in Sub-State.  They’re a very young team, starting three sophomores, one of those being Anna Van Driel the leading scorer for the Rockets averaging 13 points per game, and almost 9 rebounds a game.

The Lady Crusaders return to the State Tournament for the first time since 2005, in which they beat Labette County, who happens to be their opponent for the first game on Thursday.  They’ll look to go for their eighth State Title on Saturday evening.  They’re led Jessica Steffen (19 ppg) and Alex Keller, who averages just over 11 points per game.

The Lady Grizzlies are a very balanced team, as they have three players who average over 10 points per game, led by freshman Tristan Gegg with 20 points a game.  This will be their 12th appearance in the last 18 seasons, they’re still looking for their first ever State Title.

The Lady Stags are one of the most historic teams in the state of Kansas.  They’ve won 32 straight games and are the defending State Champions.  They’re coached by the legend Terry English who has racked up 770 wins and 17 State Championships.  They’re led by senior Madeline Homoly who has signed to play at South Dakota, she averages 18 points and 10 rebounds a game.

The Lady Pirates have won 10 of its last 11 games, and back to the State Tournament after finishing fourth a year ago.  This will be their fourth trip to the State Tournament, while they’ve never played in a title game.  They’re led by senior Haley White who averages 17 points per game, and just over 7 rebounds a game.

The Lady Indians will head to the State Tournament along with their boys team who will also be competing.  This will be their first trip to State since 2008. They’re currently on a 9 game win streak as they hope to make it 12 by Saturday.  They’ve played in the title game 5 times and have three State Championships.

The Lady Wildcats are back to the State Tournament for the first time since 2011.  They were beaten by Wamego the past two seasons, ending their seasons.  Wamego went on to win the State Title in 2013.  The Wildcats got revenge this year as they beat Wamego in the first round of Sub-State last week.  They’re led by senior Bree Schmidt who averages just over 17 points a game.