Inside look at the 4A-I Boys State Tournament 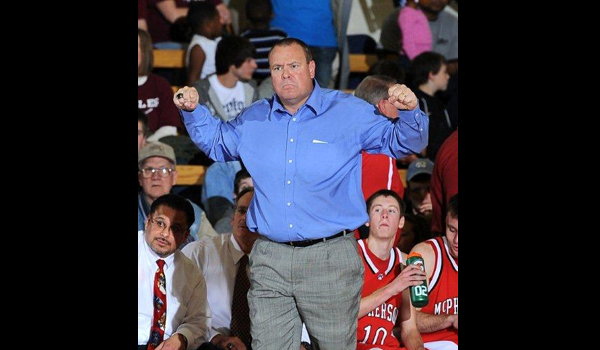 When you think of high school basketball teams in Kansas, the Bullpups are one of the first ones that come to mind. Kurt Kinnamon captured his fifth state title as a head coach at McPherson last May and nobody would be surprised if he got his sixth after this weekend. His brother, Clint, is going for his third consecutive state title at St. John. Both are undefeated this season. The Bullpups are led by Drew Pyle, Payton Stephens and Kyler Kinnamon who all average in double figures on the season. Kinnamon, an all state selection who is averaging around seven assists per contest, has signed to play at Fort Hays State next season

Chanute was an absolute long shot to get into the state tournament but played big when it mattered the most. The Blue Comets, who played a very good schedule in the SEK league, knocked off previously undefeated Independence in the opening round of sub-state. Look for Derek Sharp who averages around 16 per game. Can they pull off another upset?

Andale is loaded with a lot of talented athletes at it’s school. Just look at what they did this past year in football by capturing the 4A-II state football title. The Indians, who are in their first year of 4A-I after taking third in 4A-II last season, are led by senior mutli-sport all-state selection Hunter Knoblauch (12 ppg). Also look for big man Jeff Ast (6-5 junior), who averages around nine per game this season. Two of Andales losses came to state tourney teams in 5A Maize South and 4A-I McPherson.

The Stags enter state with four losses, but all four of those losses came from 6A or 5A competition. Miege, who plays in the Eastern Kansas League, is coming off a very impressive victory in which they defeated last years 4A-II champ, Eudora, in the finals of 4A-I sub-state. Austin Jones leads the Stags with 16 points per game.

The Bobcats are no stranger to state tournament basketball as they won it all in 2009 and again in 2012. Senior Patrick Muldoon (6-7 Forward) is one of the top players in Kansas, averaging around 18 points per game. Jahron McPherson and Jack Dale also average in double figures. The majority of their games this season have been blowouts, however they Piper did play them within five points back in December. There were three years between their last titles, could 2015 be the year?

Many schools get use to being at the state tournament, but that’s not usually the norm for everyone. Wellington is one of those as they are making their first state tournament appearance in 58 years. They will have their hands full with Basehor, but this is a step in the right direction for Wellington. The Crusaders are led by Trevor Nance, who pulls down nearly 10 boards per game and averages 18.

Mitchell Ballock of Eudora isn’t the only sophomore in the Frontier League turning heads across the state of Kansas, there is also Isaac McCullough of Ottawa. McCullough, who was an immediate star at Ottawa last year as a freshman after the graduation of Semi Ojeleye, is one of the best young players in Kansas, averaging 17.5 points per game.  4A-I undefeated Basehor Linwood is one of the Cyclones two losses this season. Can Ottawa bring home its second state title in three years?

It has often been joked this year that Fort Scott may have the best team around 6-feet and under in Kansas this season. It very well could be true as there aren’t many players over six feet on this squad. The Tigers use an aggressive defense led by lock down senior defenders Mason Knopp and Alex Fink. Knopp, one of the best 4A-I baseball players in Kansas, is averaging around 13 per game, while Fink, a Shrine Bowl Selection in football, averages just around 10. Jake Bradbury, Kaleb DeLaTorre and Chase Brown are all players capable of having big nights. Head Coach Jeff DeLaTorre is no stranger to the state tournament as his Tigers won it all back-to-back in 2004 & 2005.