Inside look at the 4A-II Boys State Tournament

Wykeen Gill of Atchison is one of the top players in 4A-II. (photo: David Brox, SHUKC) 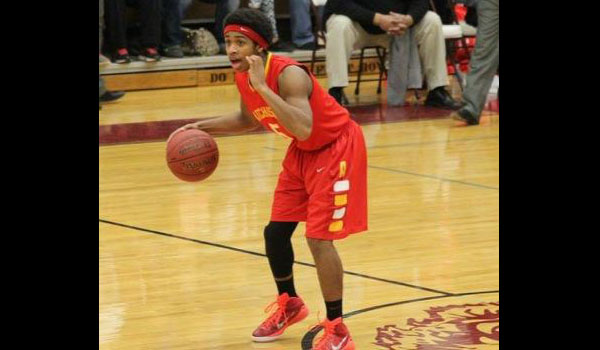 The Mustangs will be the #1 seed after winning the coin toss over Holcomb.  They’ll face a (13-9) Atchison team in the first round Wednesday night.  They’ll be looking for the school’s first ever State Title in boys basketball.  With zero of the four teams that placed in the top four in last years 4A-II tourney, this field is wide open.

The Redmen are one of the most improved teams in 4A, as they were winless three years ago, and have made a great comeback to make it to the State Tournament this year.  They’re led by junior Wykeen Gill, who is averaging over 20 points per game.

The Monarchs head to state for the seventh time under 30 year veteran head coach Joe Hertel.  The teams last two trips to the State Tournament resulted in State Championships, coming in 2005, and 2007.  TMP is led by senior Kameron Schmidt who averages about 16 points per game.

The Holcomb Longhorns are a very strong team with quality wins this season.  One of those being the Hesston Swathers who are the defending State Champions in Class 3A and are back in Hutchinson for another shot win it all for the second consecutive year.  The Longhorns are led by senior Trey Sleep who is averaging almost 19 points per game, he’ll try to help lead his Longhorns to a third State Championship in school history.

The Vikings are headed back to the State Tournament for the first time since 2011.  They’ll look to make it farther than they did then as they were knocked off in the first round by Topeka Hayden.  Parsons will have a very tough matchup on Wednesday as they face a Holcomb team with only one loss.  The Vikings are led by senior Dequwan Wells.

The Trojans come to Hartman Arena as the #3 seed with a very impressive record after losing in last years opening round in the first ever 4A-II tourney.  This is the only the Trojans second winning season in the past 5 seasons, however Girard took second in all of 4A in 2009.  They’ll look to get their first State Title this Saturday. Drew Davied and Laike Damman are two of the top players in this division for 2015.

The Trojans will take on the Girard Trojans in the first round on Wednesday in a matchup you hardly ever see, the same mascots from two different teams meeting up in the State Tournament.  They’ll also compete to get the schools first ever State Championship in boys basketball. Morgan Soucie is one of 4A-II’s top players.