Inside look at the 3A Girls State Tournament 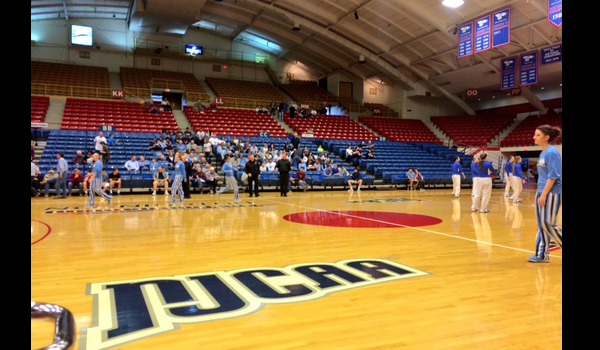 A look at the 3A girls state tournament field...

The Lady Swathers head to Hutchinson with a bullseye on their back, after winning the State Championship on the same court last March.  They’re a very unselfish team, and can put up big numbers.  They average 53.2 points per game, and allow just 28.9 in a very tough Central Kansas League.  They’re led by senior Caylee Richardson who has signed to play at Southwest Baptist, and senior Kelsey Unruh who has signed to play at Hesston College.

The Lady Bluejays will make the trip to Hutchinson as the #2 seed after losing the coin toss to Hesston for the #1 seed in 3A.  They’ve won their league title the past three seasons, and the seniors have never lost a game, winning 51 straight.  They’re led by senior Morgan Ediger who has signed to play at Tabor College next winter.  She holds the school records for assists, 3-pointers, blocked shots, and is second all-time in scoring.

The Lady Eagles are looking for the school’s 6th state title ever, the last one being in 2012.  They’re coming in off of a 55-53 double-OT win over Council Grove who participated in the State Tournament last season.  They’re led by juniors Taylor White, Rachel Heiman and Madison Wegner. Silver Lake is not only a football power as it’s loaded with girls athletes. The Eagles have won two 3A state titles each in volleyball and softball over the past two seasons

The Lady Trojans have beaten three teams in this years State Tournament, one of those being Remington who will also be competing in Hutchinson this weekend.  They’re extremely happy after going just 12-10 last year, as they’ve turned their season around this year.  The Lady Trojans will be looking for their first ever state title.  They’re led by seniors Kaley Broeckelman and Shaylyn Krone both averaging over 15 ppg.

The Lady Bluejays enter the Class 3A State Tournament along with their boys team as a very competitive team.  One of the Bluejays three losses was to undefeated Paola who will be competing in the class 4A-I State Tournament.  They’re led by junior Alexis Mcafee.

The Lady Broncos are on a 6 game win streak as they head into the State Tournament with the #6 seed.  Two of the games they lost were to teams that are in State Tournament’s, Moundridge in 2A, and Beloit in 3A.  They’re led by sophomore Kelcey Hinz who averages just over 16 ppg.

The Lady Eagles came into the season, looking to prove something that wasn’t proven last year, a winning season.  The Eagles went 9-13 last year, and have their best record in over 10 years.  They’ll be looking for their first ever State Title.  They’re led by Hollie Giest.

The Lady Bulldogs will make the trip up from southeast Kansas as the #8 seed in the tournament and will face the heavily favored Swathers of Hesston. This is Galena’s first trip ever to the state tournament since it began in 1973.  As the team played many games against Missouri competition, they did well both in Kansas and across the border.  They’re led by junior Allie Steele and senior Abby Shelton.