Chanute took second at 4A state wrestling this past weekend. 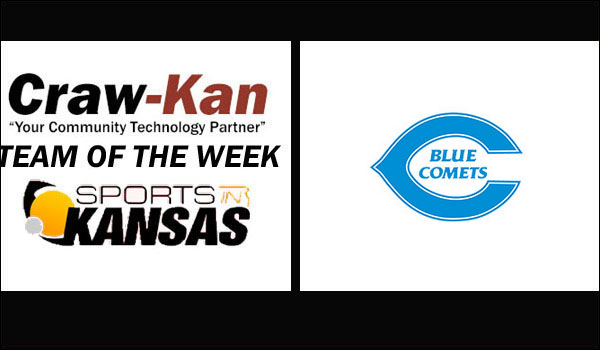 The Chanute Blue Comet wrestling team, led by head coach Andy Albright, has been named this weeks "Craw-Kan Team of the Week" for their performance at state wrestling in Salina this past weekend.

The Comets took second as a team in Class 4A with 105 points scored, as Baldwin took home the state championship with 113 points. The Comets scored 18 more points than third place finisher, Holton (85 points), who won it all last season.