Anthony Bonner of Lawrence is among the state leaders in scoring. (courtesy photo) 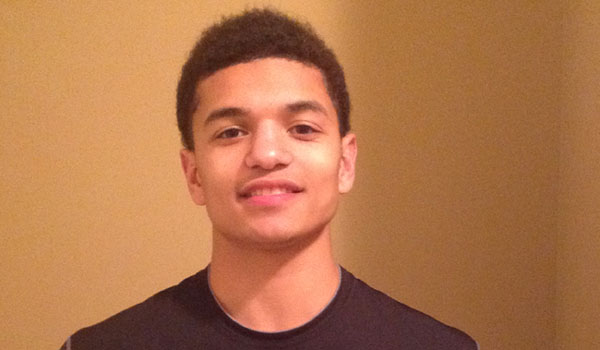 The Lawrence boy's basketball team has been one of the most complete teams in Kansas for the 2014-2015 season. The Chesty Lions, currently ranked second in 6A by the KBCA, are 19-1 on the season with their only loss coming to the top ranked team in 6A, Wichita East.  A big reason for that success is senior standout, Anthony Bonner.

Bonner, a 6'2, 180 pound senior guard that signed with Colorado State, is averaging 20 points per game over his senior season for LHS. Last year Bonner averaged around 16 points per game. Bonner, an elite shooter with the ability to drive, has elevated his game this season into being one of Kansas' best.

Bonner isn't the only star on Lawrence, he pairs with junior guard, Justin Roberts, to form one of the best back courts in Kansas. The two will be favorites to be all-state selections again this season after earning All-6A honors in 2014.

"Justin has ridiculous vision. He likes to push the tempo of the game. It's a great time playing with him." Bonner said.

The Lawrence basketball team plays very loose on the court, a huge reason for their success this season. It's also something Bonner compliments LHS head coach Mike Lewis on.

"You can play your own game with Coach Lew . You can really get out there and play loose. He stresses to get out there play hard, play together and be yourself. I love playing for him." Bonner said.

Bonner isn't the first LHS grad to sign with Colorado State in recent years. Dorian Green, a 2009 grad, went on to start 128 consecutive games and scored 1,000+ points for the Rams. Bonner is often compared to Green, which is a very good thing. Bonner will look to make an early impact at CSU, just like Green did.

"They showed me the most love in recruiting. I really feel like I have the opportunity to make an impact there throughout my career." Bonner said.

LHS, who also features starters John Barbee, Price Morgan and Ben Rajewski is one of the favorites to win the 6A state tourney this year. Bonner is ready to bring home a state title to Lawrence, but first the Lions have to get the state tourney as they haven't made it since they took second in 2008. LHS is going for their first state basketball title since 1995.

"Our goal this season was a league title and a state title, it would be huge to get up to state and compete because it's been a while since we've been there." Bonner said.

Lawrence, the 2014-2015 Sunflower League Champion, opens up sub-state action on Wednesday at home against Shawnee Mission West (3-17). With a win the Lions would play the winner of Shawnee Mission South (11-9) or Shawnee Mission East (11-9) on Friday for a 6A state berth to Charles Koch Arena in Wichita.

We caught up with Anthony below...

How did you get involved with basketball?

Great, couldn't ask for more. Having a lot of fun.

What is it like to play for your head coach?

You can play your own game and really get out there and play loose. He really stresses to play hard, play together, and YOU be YOU. I love playing for Coach Lew.

What are your team goals this season?

How big would it be for you guys to make it to the state tourney and compete?

It would be huge, it's been awhile since LHS has made it to state!

To those who don't know, how tough is it to play in the Sunflower League?

Night in and night out its tough. You got to bring it every game no matter who your playing.

Just how good of a PG is Justin Roberts?

Really good, pushes the tempo and gets everyone out and going. Ridiculous court vision and can really handle the ball well. Explosive scorer also, it's a lot of fun playing with him!

I like to take on the role to do whatever it is my team needs me to do for the given game. I like to let my defense create my offense and just let the game flow to me.

How would your teammates describe you?

One of the leaders of the team, I love my teammates.

What summer team do you play on?

My father, he's faced a lot of adversity throughout his life, and I hope to one day be as successful as him.

What led you to choose Colorado State?

They showed me the most love and I feel like I have the best opportunity to make an impact there throughout my career.

When not playing sports, what do you do for fun?

Hang out with friends, sing, and play videogames.

One thing the average person wouldn't immediately know about you?