Brett Crist has over 1,400 career points for Quinter. (photo: 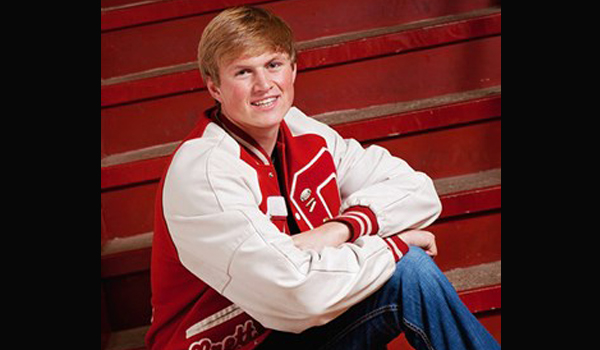 Brett Crist, of Quinter, a western Kansas town on I-70, of about 1,000 people, is known as a gym rat. Growing up as a coaches son and currently coached by his dad, John, he has grown up to love the game of basketball. His time in the gym and around the game have paid off as he is one of the states leading scorers in basketball this season. The senior has averaged 21.9 points per game over his senior season.

"Growing up a coach's son, I have been somewhat of a gym rat. I have spent hours around the game for years." Crist said.

Not only is Crist having success this season, he recently broke the career scoring record at Quinter. For his career, the 6'2, 180-pound four year starter, has 1,410 career points over 84 career games. Crist also has 634 career rebounds and averages over 10 rebounds per game for the Bulldogs in 2014-2015.

Crist isn't like every typical athlete. He is a type 1 diabetic. He packs much more than a uniform and basketball shoes for his games, the glucometers, insulin and plenty of snacks also come along with. You wouldn't know by seeing his success on the court.

"Diabetes has made me work hard and become a better player. I want to prove people that diabetes will not win." Crist said.

Not only is Crist an all-state caliber of basketball player, he is a state qualifier in the javelin (168-7) and also a state champion in forensics. He won a state championship in serious solo acting. One may think Crist would be a great flopper in basketball?

Crist and Quinter (9-11) will open up 1A-I sub-state play on Monday at home against St. Francis (10-10). The season hasn't went as planned for Quinter and Crist, but sub-state is new life for the Bulldogs as everyone starts out with a clean slate.

We caught up with the upstanding senior below...

Growing up a coach's son, I was somewhat of "gym rat." I spent many hours at his practices and always had a basketball in my hand. My older brother Scott and I had many competitive games of round ball, and many other sports. I never wanted to loss to him, so I think that is why my competitive level is so high. This began my love for sports.

The season has not gone as well as I wanted it to go, but we have to put everything in the past, because everybody is starting at 0 and 0 record in sub-state and anything can happen.

You have overcame obstacles by playing sports with having diabetes, how has that made you a stronger player?

Diabetes has always been tough for me but it is something that I have to live with everyday. I also have 2 other siblings that have it, my older brother Scott and my younger sister, Kylie. I think  it helped having 3 people that have diabetes. My parents have been such a huge support system. From the onset of the disease they told all of us we could do whatever we set our minds to. It has been a family thing, as a young child we followed my dad's teams and my mom would drag all the supplies needed; glucometers, insulin and plenty of snacks. We were "normal kids in our eyes,"  It is something that I can not change. I do not let diabetes define me as a person, I try to stay positive and fight it head on. I do a pretty good job at keeping my diabetes in control while I play sports, but sometime when I am playing, my blood glucose levels gets low and I have to come out of the game and grab a quick Powerade. I would say that Diabetes has made me work hard and become a better player, because I wanted to prove people the Diabetes will not win.

What is it like to play for your dad?

Some people don't understand how hard it was for me to play for my dad. He had to be a coach and a dad at the same time. But don't get me wrong, I would have never have wanted it to be any other way. He has been an awesome coach for the 4 years, and I wish him the best of luck in his future coaching career.

What is it like to grow up in Quinter?

Growing up in a small western Kansas town has been great. Knowing everybody in the town and the school made it that much better. You grew so much closer to the coaches and the teachers in the school because the numbers were not as big. I always thought that I would have liked to grow up in a bigger town, but as I think about it, I would have missed Quinter.

Why did you choose McPherson?

One of the main reasons that I choose McPherson was to play basketball. My older brother has been an assistant student coach for Mac for the past 2 years, and he has talked the program up and told me how he likes the coaches. I had the chance to play with the college basketball team earlier this year, and I felt like I fit best in this program, and I loved what the coaches had to say. My mom and dad were both graduates from  McPherson, and my dad played basketball for 2 years. Another reason I chose Mac is that it is a Church of the Brethren College, and that is what church I attended my whole life.

How important are academics to you?

Academics are important to me, because if you don't have the grades you don't get to play. I would like to pursue a degree in business, and keeping my grades up will help me on and off the court and in the future.

What do you do when you aren't playing sports?

Hanging out with friends, playing Xbox, and I love to fish when the weather is good.

The thing that people do not know about me is.... I am a forensics state champion in Serious Solo acting.