v Looking at the undefeated basketball teams left in KS - Sports in Kansas 
Warning: include(../includes/bodytag.php): failed to open stream: No such file or directory in /home/kansass/public_html/ks/news/index.php on line 36

Looking at the undefeated basketball teams left in KS 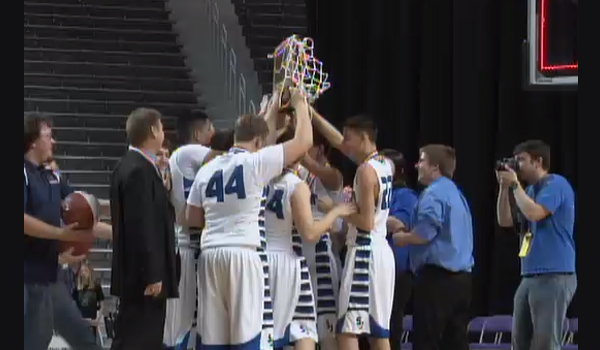 The Bobcats are outscoring their opponents by almost 20 points per game. They are an extremely deep team as they can play 10 players a night and not be tested. The Bobcats have quick speed and good shooters. Patrick Muldoon, a 6-foot-7 senior, is one of the top players in Kansas this season. The Bobcats are no stranger to state titles as they won it all in 4A back in 2009 and 2012.

The Bulldogs are led by senior Tate Turner who is averaging around 22 points per game. Independence relies heavily on their defense, which makes them hard to handle. The Bulldogs, led by head coach Marcus Lanning, will have a tough road to state, as their sub-state is one of the toughest in class 4A-I (Labette County, Coffeyville, Chanute). However Indy has already beat all three of those schools during league play this season.

Kurt Kinnamon's Bullpups are led by junior Drew Pyle and  Kinnamon's senior son, Kyler, who form one of the better combos in Kansas.  McPherson is overwhelming it’s opponents, averaging nearly 72 points per game, while just giving up 47. The defending state champions in class 4A-I look to repeat this year.

The undefeated Eagles are led by Bo Krueger, Joe Redeker, and Brady Scheidegger.  The Eagles are a quick athletic team that can beat you in many ways, they have multiple guys who can put up big numbers and will be tough to beat going down the stretch as they look for their first ever state title in boys basketball. Olpe also won their first ever state championship in football this past fall in 2A.

Clint Kinnamon's undefeated Tigers are led by senior Dean Wade who has signed to play at Kansas State next year and is averaging just over 25 points per game.  Sophomore guard Cole Kinnamon has also stepped up big this season for SJ. The Tigers have been dominant over the past two years, winning back-to-back state titles, as the team looks to make it three straight.

The Stags are one of the states most known programs when it comes to girls basketball.  Head coach Terry English (767-159)  now in his 38th season has led the Lady Stags to 17 state championships, including six this decade.  They will look to get back to Salina to win yet another state title.

The Bluejays are led by senior guard Morgan Ediger, who is averaging nearly 20 points per game.  The Lady Bluejays look to get back to the state tournament and win the school’s second ever state championship in girls basketball.

The Lady Swathers are on a 35 game winning streak, and look to keep that going into the postseason.  The Swathers last loss came back on January 23 of 2014 to the state runner up in class 4A-I Wamego.  Hesston will look to cruise into the state tournament undefeated and look to win back-to-back state titles.

When you think of long winning streaks, you think of the Hoxie girls basketball team.  Winning the last three state championships, two with undefeated records, and the third with only one loss, the Lady Indians have a thing for winning.  Looking to make it four straight state championships, Hoxie looks to keep the streak alive. Hoxie, led by Shelly Hoyt, will look to beat Little Rivers 91 game win streak in the second game of sub-state.

The Maize Lady Eagles look to get the ball down to all-stater Keiryn Swenson, the 6’2” senior post who has committed to the University of Arkansas for basketball/track and field.  They also feature one of the states best players in Daley Handy who is headed to Wyoming next season. Maize has good guard play, and are a very quick team that can cause a lot of turnovers.  They play in a tough league which will help prepare them for post-season play.  They look to go all the way undefeated for their first ever state title.

The Lady Panthers have had winning seasons the past three years, and keep on improving.  Paola was the power-house of the Frontier League this season, and will look to keep the undefeated season momentum going as they approach the post-season.  Paola senior Lindsee Johnson is one of the top guards in 4A-I. The Panthers will be searching for the school’s first girls basketball state title.

This article was written by Sean Boston for Sports in Kansas, he can be followed on twitter here