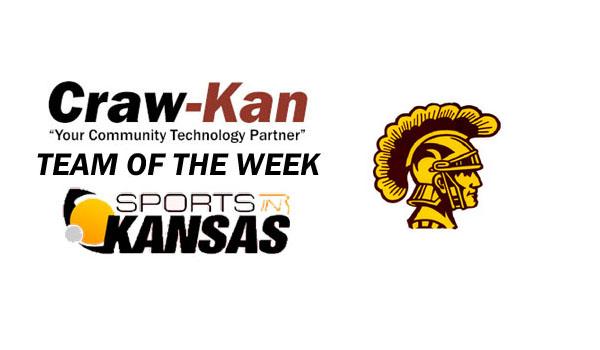 The Girard boy's basketball team, led by head coach Rod Wescott, has been named the "Craw-Kan Team of the Week" from the southeast Kansas area for the week of February 2nd - February 8th for their two victories over Frontenac (Tuesday) and Southeast-Cherokee (Friday)

The Trojans picked up their first win of the win in a big CNC victory over Frontenac on Tuesday on a Laike Damman tip in with seconds remaining to top the Raiders 55-54.

"It was a good hard fought game. Our kids played hard, but our mental focus has to be better," Wescott said.

Damman led all Trojan scorers with 15 points in the contest, while Drew Davied and Kross Hamblin chipped in nine.

Davied led all Trojan scorers with 14 points, while Tyler Green and Damman added 11.

The Trojans (13-2, 2-0 CNC), who went 12-11 last season and made it to the 4A-II state tournament in Park City, have already won one more game this season than they did a year ago. They are currently the #3 team in the state for 4A-II by the Kansas Basketball Coaches Association (KBCA).

Girard will be back in action on Tuesday in an away game against Columbus, before hosting Galena on Friday.