v History by the numbers: Boys Basketball in Kansas - Sports in Kansas 
Warning: include(../includes/bodytag.php): failed to open stream: No such file or directory in /home/kansass/public_html/ks/news/index.php on line 36

History by the numbers: Boys Basketball in Kansas 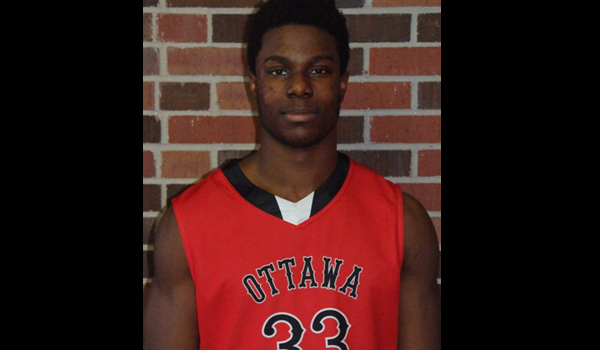 The number of championships won by Kansas City Wyandotte, most all-time in the state of Kansas, from 1923-1998. They also have a state record 30 title game appearances, last one also coming in 1998.

Wichita Heights scoring average per game over the 1977 season, which still stands as a state record. The squad, led by head coach Lafayette Norwood, went 23-0 capturing a state championship with stars Darnell Valentine and Antoine Carr

Halstead boy’s basketball only allowed 19.7 points per game back in the 1944 season. The Dragons allowed 493 points in 25 contests. Halstead has always been associated with basketball as it’s the birthplace of coaching legend, Adolph Rupp who won four national championships at Kentucky.

In the 1995 season, Silver Lake boy’s basketball lost five basketball games in overtime. That mark still stands as a state record. On average the typical basketball team in Kansas will play 20-23 games per year and the Eagles played five that they lost in overtime, which is a record that may stand for a while.

In a 1962 basketball game, Cassoday beat Burns 179-to-24 in a single contest. It stands as a state record for points scored and widest margin of victory at 155.

Only two players in Kansas history have started on four consecutive state championship teams. Perry Ellis did it for Heights (2009-2012) and before that Jacy Holloway of Moundridge (1990-1993). Ellis now starts at Kansas, while Holloway was a starting point guard for Iowa State in the mid nineties.

Kansas City Washington and Leavenworth went to eight overtimes in a game back in 1962. What is most impressive about this, the score was only a 44-40 win by Washington.

The all-time winning percentage of St. John boy’s basketball in the state tournament. The Tigers are 19-3 in the state tourney and have had some recent success winning back-to-back titles in 2A (2014) and 1A-I (2013).

The number of points scored by Ottawa’s Semi Ojeleye from 2010-2013, which is an all-time state record in boys basketball for Kansas, breaking Brewster’s Josh Reid record of 2,554 in 1995 was broken after 18 years. . Ojeleye, who is now sitting out as a transfer at SMU after leaving Duke, scored 952 points over his season year for an average of 38.1 points per game.

The number of points per game Kurt Kinnamon scored over 65 basketball games in his career at St. John from 1979-1992. The mark still stands as an all-time state record. Kinnamon, a long time head coach at McPherson with five state titles, is well on his way to being one of the best coaches in Kansas history.

Larry Hobbs or Nortonville scored this many points in a 1966 basketball game. The mark is just five shy of the girls record held by Jackie Stiles of Claflin in 1997. Will the 69 points ever be broken over 32 minutes of play? May take a few overtimes

Stan Dohm of Medicine Lodge made 90 of 95 free throws over the 1996 season on his way to being an all-state selection. Conner Frankamp of Wichita North holds the

The number of rebounds Brad Mann of Riverton had from 1993-1996, which is still a state record for a career in Kansas. Mann helped lead Riverton to a second place finish in 3A (1996) before playing at UMKC and Missouri Southern.

Michael Swonger of South Barber hit this many threes in one game back in 2003. A record just as impressive is Garden City’s Zane Davis who had 10 consecutive three pointers made over a period of three games in 2002

Jarrett Grosdidier of St. Paul had 420 block shots over his high school career from 1989-1993, which still stands as a state record. Grosdidier also held several 8-man records in football before playing tight end at Kansas State.

Heath Sweet of Valley Heights blocked a lot of shot in a game back in 2004, 21 to be exact. Don’t expect this record to go anywhere anytime soon.

Abilene and Hesston combined for 74 fouls in a high school game back in 2002, just 68 more than the least, set by Coyville and Villas in 1929.