Frontenac girls have been named the Craw-Kan Team of the Week from the Southeast Kansas area. 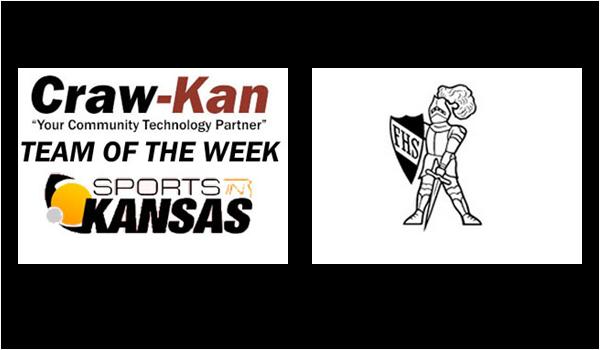 The Frontenac girls basketball team, led by head coach Jeremy Rakes, has been named the "Craw-Kan Team of the Week" from the southeast Kansas area for the week of January 26th-Febuary 1st  for their 39-38 victory over 4A-I Independence on Friday.

The win over Independence marked three consecutive victories for the Raiders, since their loss to 5A Blue Valley Southwest back on the 22nd of January in the opening round of the Kansas Army National Guard Tournament. Frontenac was led by senior, Tabor Spurling, who had 14 points in the victory. Junior Emily Merando also chipped in 12 for the Raiders, as junior Lauren Hipfl added eight.

"We have been playing a lot better since Christmas break," Rakes said. "Our defense is coming together and our team is starting to gel."

The Raiders, who took second in 4A-II last season, returned zero starters from last season & will open up league play on Tuesday at home against Girard.

"We had a tough stretch of games early, but it's good to be on a three game winning streak headed into league." Rakes said.