v Faces in KS: Keiryn Swenson - Sports in Kansas 
Warning: include(../includes/bodytag.php): failed to open stream: No such file or directory in /home/kansass/public_html/ks/news/index.php on line 36

Keiryn Swenson of Maize is one of the top multi-sport athletes in Kansas. (courtesy photo) 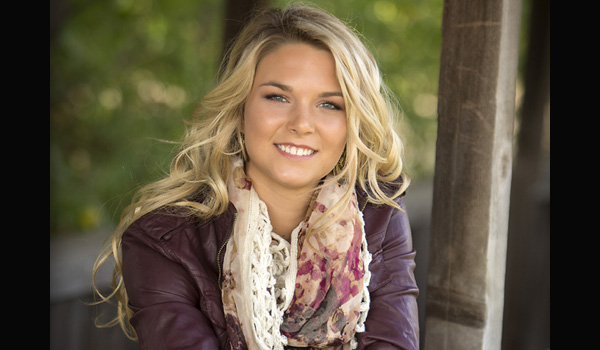 When it comes to girls multi-sport athletes in the state of Kansas, there may be none better than Maize senior Keiryn Swenson. Swenson, a senior basketball, track/field, and volleyball athlete for the Eagles, is a rare three sport star at the 6A level in Kansas. For Swenson, the more sports, the better.

"I believe the more I compete, the better competitor I will become. It saddens me when amazing athletes specialize in one sport when they can improve their athleticism and contribute to their school by going out for multiple sports" Swenson said.

Not only does she just play three sports for the Eagles, she does it in elite fashion. In volleyball, the 6-foot-2 outside hitter, was an all-state selection this past fall. In basketball, she earned first team All-6A honors as a junior from Sports in Kansas last season. Her best sport may be track and field where she captured the 6A state championship in the javelin (148-04) after taking second the two previous years. She was named  the Kansas Gatrorade Track and Field Athlete of the Year as a junior in 2014. Her javelin throw of 155-2, that took first at the prestigious Kansas Relays, ranked seventh in the United States last season.

Versatility is what comes to mind when thinking of how to describe Swenson as an athlete. She also doesn't favor a particular sport, she likes all of them.

"Whatever season it is then that is my sport". Swenson said.

"I couldn't have asked for a better teammate. She is such a talented player and still has so much potential. I am not only blessed to have her as a teammate, but I am also thankful that she is my best friend. We grew up playing together, and that has contributed to both of our success."

Maize, led by head coach Jerrod Handy, will be one of the top teams to look for in class 6A this season after taking second last season. The Eagles, currently ranked #2 in the latest KBCA poll, have started out the season 2-0. Look for Swenson and company to make a deep run in 6A. We caught up with the outstanding senior below..

My parents put me into sports at a very young age, and that is when I fell in love with them. They continue to push me to improve.

How has the basketball season went so far?

The season has started out amazing for us. We have a very deep bench where all of the players are an offensive and defensive threat. That is how we are 2-0 right now, and hopefully the winning streak will continue.

My goal and my teams for this season is to put ourselves back in the position to play for a state championship.

What will it take for you guys to make a deep run to the state title?

First off, we must stay healthy and injury free, but secondly we need to focus on the part of the game that defines who we are. Our motto is "Hold the Rope" which is just another way to say teamwork. We all must play together and realize that how you win games isn't simply from scoring. Winning results from the little
things that almost go unnoticed like great defense, assists, rebounds, etc.

How does playing multiple sports help you become a better athlete?

I believe the more I compete, the better competitor I will become. It saddens me when amazing athletes specialize in one sport when they can improve their athleticism and contribute to their school by going out for multiple sports.

What is your favorite sport?

I honestly don't have a favorite sport. It is really whatever season it happens to be!

Goals in track and field this season?

My goal for this track season is to improve in all of my events. Specifically, I would love to go undefeated again in the javelin, and break the 160ft barrier that I tried so hard for last year. As for a team, our goal is to win a trophy at state.

What led you to choose Arkansas?

I don't even know where to start. The business program at Arkansas will set me up for life as an accountant, and I have the ability to play both basketball and track at such a big-time college. Coach Dykes really set
after me, and I love how he is such an inspirational coach as well as person. He not only tries to improve us on the court, but as a woman as well. I immediately felt a connection with the team, because the girls are amazing people, and they play the type of game that fits me the best. Last but not least, I could not have asked for a better chance to throw for such a prestigious track program. My coaches are very intelligent with the sport and will make me a better thrower.

What's it like to grow up in the Wichita area?

Growing up in the Wichita area is a blessing when it comes to athletics. There are so many great athletes around that I have grown up competing against. The high competition has contributed to the athlete that I have become today.

What is it like to play with Daley Handy?

I couldn't have asked for a better teammate. She is such a talented player and still has so much potential. I am not only blessed to have her as a teammate, but I am also thankful that she is my best friend. We grew up playing together, and that has contributed to both of our success.

Best player you have played against?

There have been several great players that I have played against through my high school career and I can't choose between any one of them. I would say Shaelyn Martin and Emily Woods from Salina Central, Jaylin Agnew from Andover, my future teammate Kelsey Brooks from Olathe Northwest, and multiple Wichita South players are all equally talented players and opponents.

What style/type of basketball player are you?

The best way to describe me is that I get up and run. My parents and coaches always told me to be the first one down the court. I am a tireless and determined player who expects to stay in the game. I love playing defense, and on offense, I am a very versatile player that can adapt to any position my coach and team needs me to play.

I strive to be an influential leader on and off the court. I am very intense in practice where I
constantly talk and push the team to improve. I pick teammates up when they are down, and I enjoy working with younger players and helping them out.

I'm that weird number-cruncher that loves all math and finance classes!

People know that I have played a lot of different sports over the course of my life, but most don't know that I actually wrestled when I was in second grade... I am also outdoorsy and love hunting and fishing.