v American Implement Team of the Week: Oakley Wrestling - Sports in Kansas 
Warning: include(../includes/bodytag.php): failed to open stream: No such file or directory in /home/kansass/public_html/ks/news/index.php on line 36 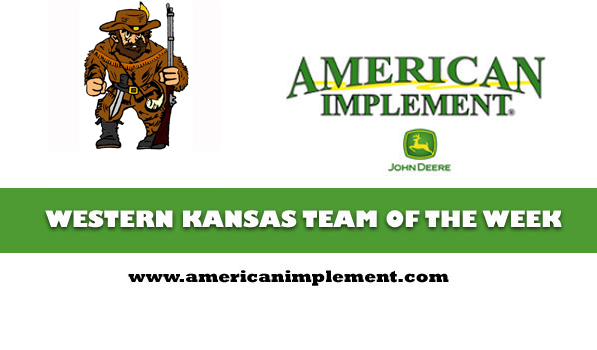 Last summer, Oakley senior Eric Cain believed his sister, Mikyah, could have a great wrestling career. Last winter, Eric finished as Class 3-2-1A runner-up at 138 pounds with a 33-11 mark. Mikyah earned a fifth-place finish at 116 pounds in the inaugural all-classes KSHSAA sanctioned state wrestling tournament. Mikyah went 27-6 as a freshman.

Mikyah won her first two matches at state and then lost by fall in 3 minutes, 51 seconds in the consolation semifinals against Nickerson’s Nichole Moore. Then, Cain fell by fall versus Rose Hill’s Anayka Besco before she won the fifth-place match by forfeit.

This was easily Moore’s closest match of the state tournament. Moore, a nationally ranked wrestler who earned attention across the country, is currently starring for Baker University wrestling. Besco, a senior last winter, took third. Besco had previously won an unofficial girls’ title and now wrestles for Dixie State in Utah.

Two of Cain’s opponents came from 5/6A schools, K.C. Harmon and Basehor-Linwood.

“If she sticks to it, she will be the state champion two times at least, but yeah, we are pretty close, especially when it comes to wrestling,” Eric said in the summer.

This winter, girls’ wrestling split into two classes. Division I features Class 5/6A, and Division II has 4-1A.

Eric’s prediction could prove true in the next two weeks.

They are considered state qualifiers. In all other years, the top-16 would go to state. However, COVID-19 and social distancing measures led to the sub-state tournament this weekend that will cut the field from 16 to eight. Oakley will compete at Ellis on Friday.

At 101, sophomore Citori Bosserman (21-1) received a first-round regional bye and then won two matches, 8-0 and 8-2. She beat Hoisington’s Sheena Gocela in the finals. The two have met multiple times this season.

On the boys’ side, Eric Cain is ranked second at 138 behind Hoxie sophomore Drew Bretz. He is the Plainsmen’s lone ranked boy wrestler. The two have met several times this season. Cain is one of four Oakley boys that reached the top-16 and advanced to sub-state.

Eric Cain is 29-3 and went 2-1 at regionals, including a 6-5 loss to Bretz in the final. Cain has lost to Bretz at the Norton tournament, districts and regionals. Cain also notably defeated Bretz at the MCL league wrestling tournament on Jan. 29.

Cain was also a multi-year starter at quarterback and defensive back for the Plainsmen football team that made a surprise run and finished as the Class 1A state runner-up last fall. Oakley reached the first football final in school annals.