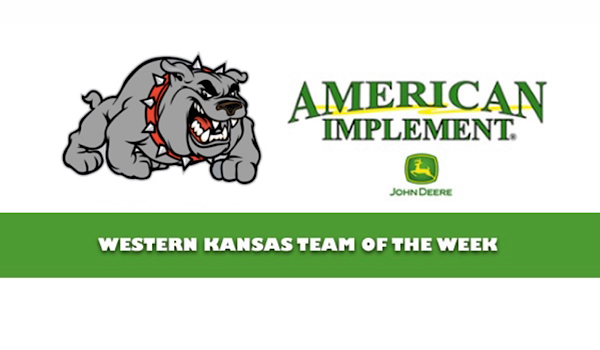 Christensen, with longtime assistant coach Steve Shaw, has more than 360 career wins with the Bulldogs. Since the start of ’12-13, GP has won 84 percent of its games.

GP finished 23-1 two years ago with a team, led by KayCee Miller, that featured elite speed. Miller and Hanover’s Macy Doebele were the only two 1A players picked for their squad for the Kansas Basketball Coaches all-star game. Miller played at Barton County, Doebele with Washburn.

GP had limited depth, though returned the Stoll twins (Brooke and Ashley) and Miller’s sister, Kassie. Golden Plains went 24-1 and again lost in the 1A WaKeeney sub-state title game.

This season, the Bulldogs again feature the Stolls and Miller as starters. As well, 5-foot-3 sophomore Breanna Rath, who impressed as a reserve last winter, has moved into the starting lineup. Junior Morgan Wark is a starter.

Five-foot-10 junior Carli Nieman, the team’s tallest player, started last winter. She was sick the first month of ’20-21 and is just now rounding into form. The Stolls are the team’s lone seniors; Miller is a junior.

Christensen is not used to having plenty of depth. This season’s team presents a change. He has consistently played 10 girls in the first half of each contest. Other key players are sophomore Sidney Taylor, junior Rayna Taylor, and two freshmen: Jordyn Fleckenstein and Emma Weiner.

“Our depth off the bench this year has improved dramatically,” he said.

The changes have produced a 6-0 start and No. 3 ranking in Class 1A, Division II. This winter, Class 1A split back into two classes and the top-6 stands Central Plains, Hanover, GP, Cunningham, Attica and Beloit-St. John’s/Tipton. On Tuesday, BSJT senior star Lauryn Dubbert tallied 40 points in a comeback win versus Osborne.

Golden Plains and Southern Coffey County are the lone undefeated teams left in the classification. SCC is 1-0, according to KSHSAA records as of Jan. 12. Overall, Golden Plains has the second-longest current regular season winning streak in Kansas girls’ basketball for all classes, according to SIK research/MaxPreps databases. (Regular season is defined as not a sub-state/state game).

The only girls’ team with a longer current regular season run is Olpe with Jesse Nelson, the state’s all-time winningest coach. Olpe last lost in the regular season to Waverly, 54-47, on Jan. 28, 2017.

Thus far, MaxPreps’ statistical-only rankings have the Bulldogs as the No. 1 team in Class 1A, Division II. Golden Plains has captured all games by at least 20 points. That includes 63-43 versus Weskan in the season opener, and 57-35 versus St. Francis on Jan. 9. Weskan and SF are a combined 9-2 in other contests.

The depth has produced team per-possession numbers that are in line with the past two seasons. On 60 possessions a game, Golden Plains has scored .90 points per possession and allowed .36, both excellent rates. GP has collected 36 percent of available offensive rebounds and turned the ball over 18.4 percent of the time.

The turnover rate is especially elite. Among others entering Tuesday, undefeated teams Cheney and Garden Plain are higher at 19.1 and 22 percent. Pretty Prairie and Erie, ranked in 1A-1 and 2A, are both above 25 percent.

Liberal, Topeka, Olpe, Central Plains, Spearville and Nemaha Central all posted undefeated records and were Forever Four squads in a ’19-20 season that was halted in the state semifinals because of coronavirus. Plus, Cunningham was undefeated until a 1A state quarterfinal loss to Centralia.

Bishop Miege, ranked No. 1 in 4A, is 6-0 this winter. Miege lost two regular season games last year, both to Oklahoma teams. The Stags’ last regular season loss to a Kansas school came in a 56-51 defeat to rival St. Thomas Aquinas on Jan. 12, 2018.

Additionally, Thunder Ridge lost, 47-40, to Osborne on Dec. 8 this season. TR was undefeated until the sub-state semifinals last winter. It marked the Longhorns’ first regular season loss since a 34-29 defeat to Beloit-St. John’s/Tipton on Dec. 7, 2018.