v Nex-Tech Wireless Athlete of Month: Joshua Ball - Sports in Kansas 
Warning: include(../includes/bodytag.php): failed to open stream: No such file or directory in /home/kansass/public_html/ks/news/index.php on line 36 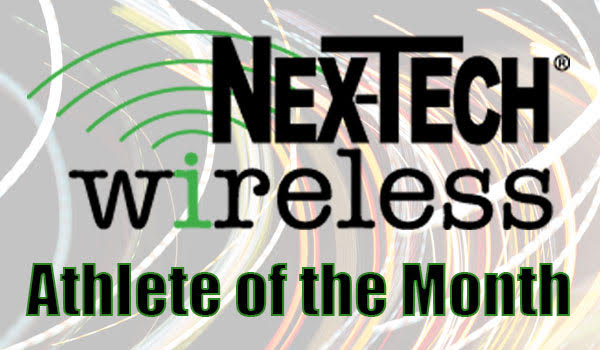 HOISINGTON – Brothers Brandon, Jonathan and Christopher Ball were well-known for their achievements at Hoisington, notably in wrestling. Brandon was a four-time state champion. Jonathan, who missed a year because of injury, earned three state medals, including second and first. Christopher was second as a freshman before three straight state titles.

Each brother was a successful pole vaulter, and notably Brandon and Jonathan performed well for Hoisington football. Known primarily for defense, Brandon recorded 81 tackles and six interceptions in his career. Jonathan had 52 tackles and five tackles for loss as a sophomore before his football career was curtailed by injury.

All three brothers have lived together at Fort Hays and have wrestled for the Tigers in the past. Brandon completed a remarkable career last winter. He twice earned All-American honors and his 85.5 career winning percentage is tops in FHSU history. Brandon was a finalist for the Ken B. Jones Award, the MIAA’s highest athletic honor.

Their younger brother, Joshua, is currently a Hoisington senior. Freshman Josiah is on the roster, too.

“It’s been great,” Joshua said. “You always kind of have a role model ahead of you and stuff, but you always have the competition.”

Especially Jonathan likes to dive into the statistics and records to compare the brothers. Joshua, though, is well aware of his standing, especially in football. He is expected to finish as the top football player among the four older Balls.

In wrestling, he has sixth, fifth and third place finishes at state and a career mark of 105-18. The biggest of the four, Joshua wrestled the last two seasons at 170 pounds.

This year, Joshua is part of two trends for Hoisington, ranked No. 3 in Class 2A and the favorite to emerge from 2A West.

First, he has emerged as part of the Cardinals’ deep running back corps after Wyatt Pedigo, the school’s all-time leading rusher and Top 11 all classes player, graduated. Second, he is one of many current Cardinals who have continued the tradition after older brother(s) have graduated from Hoisington.

“Those have been good bloodlines for us,” coach Zach Baird, a Hoisington native, said. “It’s a blast coaching these guys.”

“Our guys didn’t hang their heads,” Baird said. “They just continued to fight, so proud of them.”

This year, Hoisington is 7-0, 4-0 in District 8. While other strong 2A West teams, such as Garden Plain, TMP, Cimarron and Norton heavily rely on 1-2 offensive skill players, Hoisington counters with a deep group.

The Cardinals are 18-1 since the start of ’19. Among current 2A teams, only Silver Lake (66-9) is better than Hoisington in Baird’s tenure, according to veteran Cardinal broadcaster Cole Reif. Four of Hoisington’s first six games were at home. Hoisington, routinely with a great student section and crowd at Elton Brown Field, has won 16 straight home games.

“A great environment here, and our fans do a fantastic job supporting us,” Baird said.

Last year, Pedigo carried 182 times for 2,352 yards and 37 touchdowns for an 11-1 Cardinal team. However, the Cardinals still returned 59 percent of their carries and 44 percent of its rushing yards in the triple option flexbone offense. Hoisington averaged 9.2 yards per play last fall.

This season, Hoisington delivers 335 rushing yards a game with 7.6 yards per play.

“They have got a whole stable of backs,” Halstead coach Jason Grider said.

Plus, Hoisington added key senior Holt Hanzlick, out with a tibia injury for all of ’19. Baird believed Hanzlick would have been an all-state player.

“I was really psyched to come back,” Hanzlick said.

This fall, Ball, known for his physical, straight ahead style, and Hanzlick have shared time. After seven games, Ball has 80 carries 573 yards and nine touchdowns. Hanzlick delivered 71 rushes for 564 yards and eight scores. In a great display of depth, Haxton, Morris, Steinert and Mason have 275, 307, 268, 243 rushing yards, respectively.

Morris has six, Steinert five rushing scores. Haxton’s brother, Leyton, is a freshman, and Cole’s sibling, Chase, is a sophomore.

“We always knew he was really good for us,” Baird said of Ball. “We have got a bunch of backs still, and that’s always been the case is we have been back-heavy, so luckily in this offense, we can get three backs on the field every play, and we still kind of rotate guys through.”

“It’s so hard to play a B back in our offense,” he added. “It just takes a wear and tear on you, but so when we can rotate Holt and Josh, and they bust long runs, we send the next guy in, they don’t miss a beat.”

Additionally, 5-foot-10 junior Legend Robinson saw spot time at running back in ’19, though was moved to the offensive line this season and starts at tackle. Defensively, Steinert had a key pass breakup late versus Halstead in a 32-22 victory in Week 3. Steinert is playing inside on defense for the first time, and Baird labeled a “great player.”

“He’s always (been) a running back for us,” Baird said of Robinson. “We don’t have a ton of offensive linemen this year, and so we brought it up, and said ‘Hey, we are going to be better off if you play offensive line for us,’ and without hesitation, took the challenge and he’s huge in our success.”

Hanzlick paces with 42 tackles, with Robinson at 35, Steinert with 32 and Ball at 28 after the first six weeks.

Hoisington has previously had a set of twins, Jake and Jared Curtis. Jake was an all-league linebacker, and Jared an all-state defensive end. Baird, formerly a three-year assistant, was on staff when Avery Urban was in school. Avery was all-league, and his younger brother, Landen, was Top 11 all-classes and has played in 26 career games at Washburn. Sophomore center Logan Philbern’s brother, Riley, graduated last season and is at Emporia State.

“It’s been a joy,” Baird said. “They are a bunch of great kids, and they will work hard, and when push comes to shove, they will stick their nose in there.”

Nex-Tech Wireless is a proud supporter of Sports in Kansas and coverage in Western and Central Kansas. Be sure to nominate a Western Kansas or Central Kansas Athlete of the Month by submitting at sportsinkansas@gmail.com