v Sports in Kansas: 25 Running Backs to Watch for 2020 - Sports in Kansas 
Warning: include(../includes/bodytag.php): failed to open stream: No such file or directory in /home/kansass/public_html/ks/news/index.php on line 36 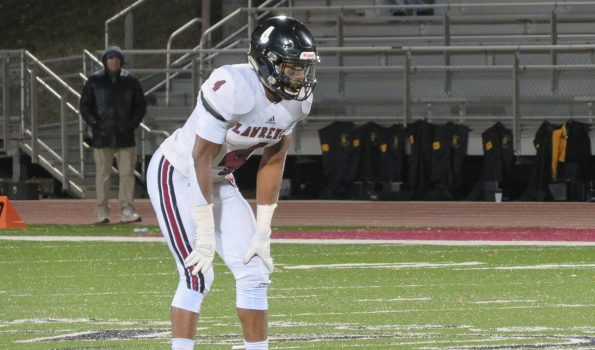 Several running backs return after having big seasons in 2019. Check out who to watch in 2020 from the most complete list in Kansas by the most trusted source in sports information in Kansas. This lists main purpose is to represent the entire state from every class. Stay tuned over the next few weeks as we will do this position by position. Chet Kuplen, CEO/Founder of Sports in Kansas, evaluates players every year based on performance from prior year, our all-state lists from last year and events (camps/combines) he sees players across the state with input from several coaches and media members. This is not a recruiting list or prospect list and players are not ranked or in any special order. This list is powered by Sign Brothers, Nex-Tech Wireless, American Implement and Mammoth Sports Consturction. Be on the lookout for our postseason honors after the 2020 season on who will be the Top 100 seniors in Kansas and who will make the Sports in Kansas All Non-Senior Team, Player of the Year honors etc. While its impossible for us to check out every player in the state, we have a pretty good track record at going into detail like no other outlet in the state and don't rank players just to sell a subsription to an online service that cost, WE ARE FREE and a trusted source. If you ever have a player that you think we should take a look at be sure to DM @sportsinkansas or sportsinkansas@gmail.com as tips coming in can always help out on who we should check out! If you are interested in a player evaluation contact Chet Kuplen by TEXT at 620-719-0283 or email sportsinkansas@gmail.com. Several player evaluations landed major offers over the last nine football seasons.

Neal is one of the best recruits at the position in recent memory and a big land for the Kansas Jayhawks. Neal, a known high school running back played 95% of the time at the position last season for the Chesty Lions, but could fit into multiple spots in college with his athletic ability and versatility. He was a Non-Senior pick at Sports in Kansas last season. Expect a huge season as the Lions are a heavy contender on 6A west under head coach Steve Rampy. If you’ve seen the recent picture tweeted in of the LHS line, you can understand why Dooley and Neal can’t wait to get to work in 2020.

Young, who holds an Iowa State offer, was the Non-Senior POY from Sports in Kansas two seasons ago as a sophomore in leading the Saints to the state title game. He will return for his fourth of seeing major playing time for the Saints under head coach Randy Dreiling. Young rushed for 1,867 yards last season with 32 touchdowns in just 11 games.

He rushed for over 1,800 yards last season in earning Non-Senior honors from Sports in Kansas. He also has 10.8 speed in the 100-meter dash ran as a sophomore in the spring of 2019. Expect a huge year for Bowden in 6A.

Purnell was one of the top players in 3A and also one of the most underrated in the state. He helped Hayden to a semifinal appearance last year and should be a major contender once again in 3A.

Jans has excellent speed at the spot and is one of the states top return men as well. He has committed to Kansas for baseball and will be a major weapon out of the backfield after rushing for over 1,000 yards last season.

Wichita has a couple of under the radar backs and here they are. Trail had nearly 800 yards rushing last season in earning second team All-Non senior honors from Sports in Kansas. Neimann had over 800 yards last season and has speed in the 4.5-4.6 range in the 40. Expect big years out of the both of them who also pair with a couple of really solid quarterbacks.

Elliott is a very underrated back and was an all-state honorable mention pick last season. He has also added some weight since last wrestling season where he was the state champion at 152 pounds in 4A. He was a first team all-league pick last season in the AVCTL-III.

Metcalfe rushed for over 1,000 yards as a junior last fall in helping PL to a state runner-up finish. With Metcalfe, Hayden Robb and Billy Welch returning, there is a lot of big expectations for the Kaws in 2019. Metcalfe earned second team Sports in Kansas Non-Senior honors last season.

Rowland is a returning all-state Non-Senior pick from Sports in Kansas last fall after helping his team to a 3A state title.

Fountain was an all-state honorable mention pick in 6A last season after his team went 7-3 in 2019. Fountain is one of the most underrated players in the state after back-to-back 1,000 yard seasons.

White earned second team All-Non Senior at RB last season from Sports in Kansas after rushing for over 1,000 yards for the Pirates where he has been a starter the last two seasons.

Although the position isn’t used as much by every team in Kansas, we expect these players to have big years when they play the positon. Renick will also play some tight end and has lost nearly 20 pounds since last season. Kellner is a very solid ball carrier at the position while Mullin is a force blocker.

Bolden had a breakout junior campaign in which he rushed for over 1,500 yards for last seasons 5A state runner-up. Gone is Reagan Jones but Bolden could carry a bigger role in this seasons offense on a loaded cast of returnees. He has 10.8 speed in the 100 meter dash.

Also, on the QB list and really could make any skill list due to the fact that he has played a lot of different positions. Bruce was the Non-Senior POY at Sports in Kansas last season as a junior in leading the Eagles to the 6A state game, taking runner-up to Derby. Bruce IV rushed for 2,479 yards last season with 43 touchdowns. He has committed to the Iowa Hawkeyes as a receiver/athlete. Bruce, who can play any skill spot including QB, will pair with Quantez Love, forming one of the top backfields in the entire state of Kansas. Love holds offers from Kansas State and Iowa State. The backfield was already very, very good, now it got insanely good.

Edwards is likely one of the fastest players in Kansas with sub 4.4 speed in the 40-yard dash handheld. With Trey Washington gone expect Edwards to carry a huge role offensively along with Lem Wash in the backfield.

Barber, a state power lifting champion, should be the top back in Southeast Kansas this fall after seeing limited time the last couple of years due to injury. He tested very well at the Sharp Performance combine and features a 38” vertical. The Dragons also return Cooper Hayden at quarterback and athlete L.J. Butcher, one of the best returning defenders in 5A, that can fit into multiple spots offensively.

Wittenhauer earned 5A honorable mention honors last year for the state champion Jaguars. He rushed for over 900 yards out of the backfield. MV returns several key pieces that could make them a favorite to repeat.

Janus was a returning all-state honorable mention selection last season in 6A and earned first team WAC honors. He is expected to be one of the top running backs in 6A football. Knedler is a very talented linebacker earning WAC POY last season at the position but he also got it done on the ground with over 600 yards. With some key production lost to graduation, one may think he could serve a bigger role offensively in 2020. Moroni is part of a cast of talented juniors and seniors that have garnered a lot of preseason interest this season. He has a clean of over 300 pounds and has a sub 4.6 time in the 40-yard dash. Hays has three players with FBS offers entering this season.

Just a sophomore this season and put himself on the radar as a return man last season. He has gathered  several Division I offers this off-season. His father, John, was a former star at KU and Southern Illinois while prepping at Wichita Southeast. Uncle Joseph was a star at Oklahoma State and played for the Dallas Cowboys. Expect him to be the states top sophomore this season.  Sanders rushed for 1,356 yards last season with 17 touchdowns in just nine games at Wichita Heights but now is at Maize for his senior year.

WIkley has been a four year starter and could figure into the passing attack this season as well. Giddens was an all-state honorable mention pick last season as Andrew Khoury comes back to lead the charge after an impressive 8-3 season last fall.

Williams will move to the backfield this season and has as much versatility as anyone in the state that can play multiple positions. Gone is Ky Thomas and DeVonshai Harden so expect a big-time increase in production from Williams.

Collins is one of the strongest players in the state and tested very well at the Sharp Performance combine. He may be in the shadows last season of Landon Everett and Tyson Struber but we are looking for a huge season for him this year and he could be one of the best players in 8-man for 2020.

Favrow rushed for over 1,300 yards last season to go along with 16 touchdowns for the Owls. Expect a big year out of him in the SFL.

Seabolt, a standout wrestler, is more known as a defender but expecting a breakout year out of the backvfield after rushing for over 800 yards and 15 touchdowns in nine games last season. His brother, Josh, a former Faces in Kansas featured athlete at SIK, is an All-American LB at Bethel.

The last two seasons we have had a player of the year in the 8-man ranks from Sainty and it’s possible with a big year we could see that again in Blanka. He is one of the states top two-way players in the 8-man ranks and has great size at 6-2 and 205 pounds. Blanka rushed for 1,6974 yards and 24 touchdowns in 13 games last season. Blanka is a player that we really feel would shine at any level in Kansas.

Some of the list are on the quarterbacks list we already released so if you don’t see them on here that’s why as sometimes in 8-man we don’t see as much passing from certain teams. The position is loaded this season as several key players are back. 6-Man star Colton McCarty is also listed on the QB list.

Other Top Running Backs to Watch from Sports in Kansas: