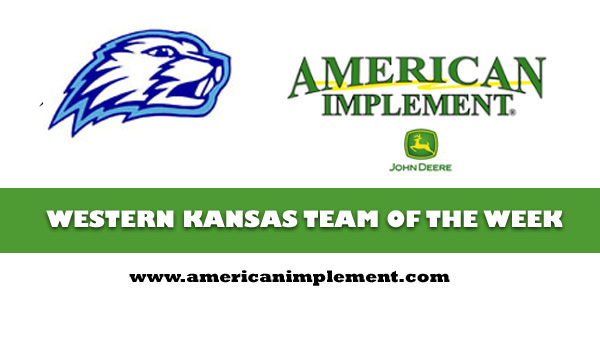 Scott City earned a 28-0 victory against Concordia in a Class 3A Round of 16 matchup last week. The win continued several trends for 8-2 Beavers. First, it marked the Beavers’ fifth shutout this fall, and second versus the Panthers. In Week 8, Scott City blanked Concordia, 31-0.

This week, Scott City will face 8-2 Cheney at home at Darner Field in the quarterfinals. The Beavers, ranked in the top-5 of 3A until a 28-13 home loss to Beloit in Week 6, is in the quarterfinals for the third straight year. Cheney is ranked for the first time this fall at No. 4 this week.

Scott City advanced to the semifinals in ’17 and the quarterfinals last year before a loss to then-No. 1 ranked Andale. SC finished 10-1 and fourth in the final KPreps poll last fall.

Overall, Scott City has captured four state titles, in ’88, ’90, ’91 and ’12, and runner-ups in ’94 and ’14. The Beavers also have five other semifinal appearances and seven past quarterfinal showings.

Scott City has won three straight since the Beloit defeat and a 28-20 double-overtime road loss to Colby. SC has allowed 18 points in the last three weeks. In Week 9, SC beat rival Holcomb, 35-18.

Scott City had finished as runner-up behind Colby in District 8. The district featured four teams with .500 or better marks. Overall, Colby, Scott City and Beloit (7-3) took just one loss to a non-district opponent. Concordia went 5-5. Beloit also remains alive in the quarterfinals and will play host to 10-0 Andale on Friday.

Scott City has traditionally had excellent defenses and has again permitted just 8.4 points per game, sixth-best in the 48-team classification. Last year, SC allowed just 8.5 points per game, second-best in 3A. Scott City graduated multiple all-state players from ’18 and has had some trouble with turnovers this year under coach Jim Turner.

He is 36-7 as SC’s head coach and has spent a quarter century with the program. Scott City has 52 postseason victories, which rank in the top-12 all-time in state annals, according to Prep Power Index archives.

Scott City has averaged 27.8 points per game after 40.2 last year. The Beavers switched Parker Gooden, the multi-year starting quarterback, to running back to start the year. However, SC has recently rotated Gooden back to quarterback. He was six of 11 passing for 113 yards versus Concordia, according to Western Kansas News. Gooden also delivered 12 carries for 55 yards and a score.

Scott City held Concordia to just 58 yards in total offense and 0 of 9 on third down. SC will face Cheney for the first time in school history.