Spearville headed to the 2A state tournament. 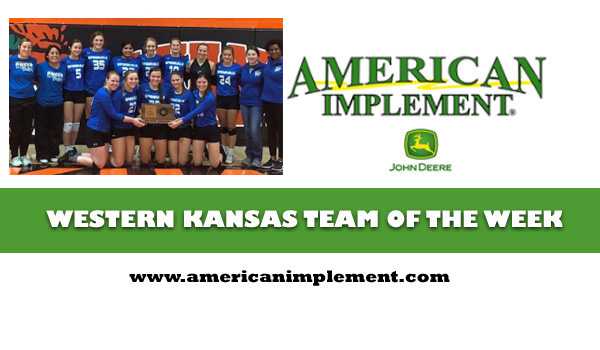 The Lancers are the defending Class 1A state runner-up. Spearville was ranked No. 1 in Class 1A earlier this fall, and then was one of a few ranked teams to change classes when KSHSAA announced the changes in midseason. The Lancers stood eighth in Class 2A in the final poll. The state tournament is Friday and Saturday at United Wireless Arena in Dodge City. Spearville starts at 4:30 p.m. as the No. 2 seed. The tournament features all four 2A teams that finished in in final four last year: Garden Plain, Alma-Wabaunsee, Smith Center and Pittsburg Colgan.

Spearville opened the season 2-2 with losses to 5A Great Bend and 6A Dodge City. The Lancers have tallied 33 straight victories. Spearville has qualified for state six times in the nine-year Syble Thompson tenure.

Last year, Hartman, Heskamp and Kliesen earned all-tournament honors at state. Hartman was a first team all-state volleyball selection in ’18, while Heskamp was a second team pick. In basketball, Heskamp averaged 14.9 points per game, Hartman 14.3 for the 18-5 Lancers. Both are also standouts for the 19-3 Lancer softball squad.