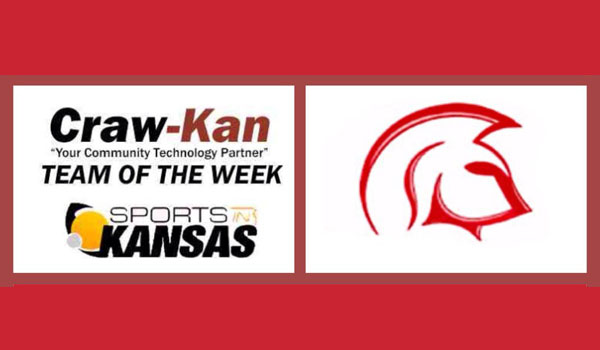 The Columbus Football team has earned Craw-Kan "Your Community Technology Partner" Team of the Week from Southeast Kansas after their 6-0 start to 2019, one year after going 1-8 in 2018.

The Titans, led by first year head coach Blake Burns, have exceeded many expectations coming into the year after having a rare down year last season. Quarterback Patrick Cassidy has been one of the better playmakers in Southeast Kansas so far in the first six games with 800 yards passing and 12 touchdowns through the air. He's also rushed for 360 more on the ground with eight scores. Gabe Martin, who started as a freshman last season, has had 443 yards on the ground this season to lead all Titan rushers and he's just a sophomore.  Clay Saporito has 257 yards recieving this season with three scores for CUHS while Lynn Shallenburger has 205. Grayson Walden has also added 246 yards on the ground. Trent Smith leads the Titans in tackles with 49 while Martin has 45. Sylas Stone has also been credited with 34 stops this season. Saporito also leads the team with three interceptions while Kade Crain has two picks.

The Titans knocked off Parsons 42-13 on Friday before taking on league rival Galena this Friday. Columbus also has a week eight showdown left with Frontenac