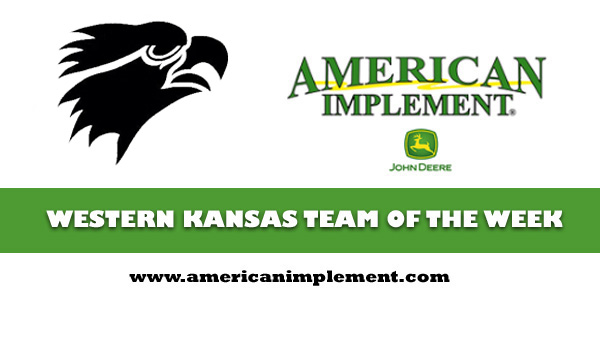 Colby has continued its success after the graduation of Jordan Schippers, a four-year standout who signed with Western Illinois football. In ’18, The Eagles went 8-2 after a 7-0 start and lost only to Scott City and Andale, both top-five teams.

In 2019, Colby has three one-score victories, including a 21-14 road win at Concordia last week. The Eagles made the 390-mile round trip to Concordia, one of the longest regular season treks for any team this year.

Colby is at home the next two weeks versus winless Russell and against Scott City, again ranked in the top-5 in 3A.

Coach Rees McKinney, a Scott City graduate, is 19-6 in his third year with Colby. McKinney has continued to improve the Eagles’ defense – and could yield another bump in the win column.

This fall, Colby has allowed just 63 points, 12.6 per game. Last year, the Eagles permitted 82 points in the first five contests en route to 18.1 for the year.

In ’17, Colby allowed 23 points per game, McKinney’s first with the program after he served as Moscow’s head coach. In ’16, Colby finished 5-5 and allowed 31.2 per contest.

In 2019, junior Ryan Myers has stepped in for Schippers at quarterback. Senior Calvin Stapp, one of the state’s most versatile players, has more than 300 rushing yards.

He has more than 450 all-purpose yards and accrued yards rushing, receiving and by punt, kick and interception returns. In the first three games, Stapp intercepted two passes and had a pick-six.

The 6-foot-7, 285-pound Kurth has several offers, including KU, and is starting on both sides of the ball this year. They combined for 19 tackles, 18 from Basgall, last year.