Nex-Tech Wireless Athlete of the Month is Colton McCarty. 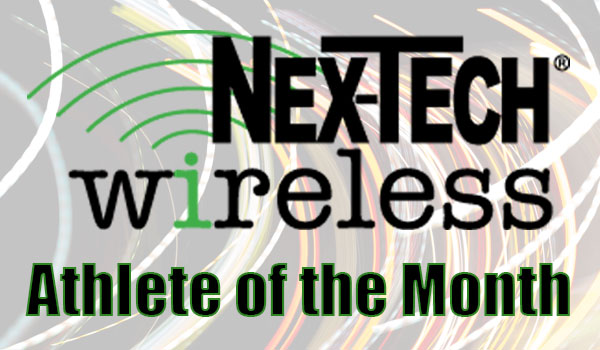 In late June, Bird City-Cheylin junior Colton McCarty was the lone six-man player to participate at the Top Prospect Showcase at Kansas Wesleyan in Salina.

McCarty had delivered two huge seasons in his first two falls with the Cougars. As a freshman, he passed for 743 yards with a 13/2 TD/INT ratio, along with 877 rushing yards and 10 scores.

He also averaged 11.6 yards per carry on 131 attempts for 1,514 yards and 29 scores. That included 13 scores accounted for in a 118-85 first-round playoff win against defending state champion Pawnee Heights last year.

At KW’s complex, the 6-foot, 180-pound McCarty felt nerves with the different game. However, he said playing “on a big field” was “awesome.”

“This is a huge step up from six-man to 11-man obviously,” McCarty said. “We don’t have a slot wide receiver or like an outside receiver, so it’s a little bit nerve-wracking for me to step out here with all these other 11-man and 8-man quarterbacks.”

McCarty, though, had a strong showcase and has received interest from Kansas Wesleyan, a NAIA national semifinalist last year. Through Week 1, McCarty has solidified his place among the state’s best signal callers. He had a mammoth performance in a 76-12 win versus Fowler.

He completed 4 of 5 passes for 77 yards with a touchdown and an interception. He had 11 carries for 348 yards and four scores. Cheylin has 15 players, with just two seniors: Kevin Conde and Miguel Gonzalez.

“I have a pretty good attitude everyday I step out on the practice field and field for games,” McCarty said. “I can run the ball pretty well. I don’t have a huge cannon.”