Muia of Girard named Sports in Kansas 3A Player of Year

Caleb Muia named 3A Player of the Year from Sports in Kansas. (photo:Ron Gates) 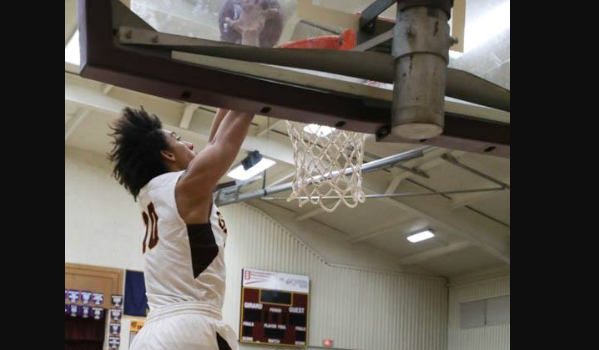 2019 3A Sports in Kansas Boys Player of the Year

Muia led Girard to the first boys’ basketball title in school history. No. 4 seeded Girard went 22-3 and advanced through an upset-filled postseason for the classification. Muia helped the Trojans remain unscathed as other top teams, such as Maur Hill, Phillipsburg and Santa Fe Trail, failed to reach the final four or even make the state tournament. A 6-3 guard, Muia averaged 24 points and 10 rebounds, along with two steals and two assists a game. Muia averaged at least 20 points and double-double in each of the last two seasons, going over 1,000 points in two years.

In the semifinals against TMP, Muia had 33 points and 11 rebounds. In the 49-45 finals victory versus Beloit, Muia tallied 15 points and eight rebounds.

In sub-state, Muia collected 40 points in a 66-55 sub-state semifinals victory against a quality Caney  Valley team. In the sub-state championship, Muia had 28 points versus Baxter Springs before he continued success at state. Muia was the best player in the class but Girard also had some big-time playmakers this season in Evan Troike, Ryder Worrell and Carter Doherty, plus several other role players throughut the 2018-2019 season. Rod Wescott has done an outstanding job with this group.

Congratulations to a young man that we've seen grow so much on and off the court.  The sky is the limit when you put hard work behind it, and you’ve proven that.  Love ya and we are proud of your accomplishments!" – Victory Basketball

Congratulations to Caleb Muia, the 2019 Sports in Kansas 3A Player of the Year. GNBank is a proud supporter of local athletics and the Girard Trojans, the 2019 3A State Champs!!

Ag Choice of Hepler would like to congratulate the Girard Trojans on the 2019 3A State Basketball Championship and all of the players for their success in 2018-2019! Go Trojans!

The Producers Co-Op Farm Store in Girard would like to congratulate the 2018-2019 Girard Trojans on their 3A state championship. We are proud of you!