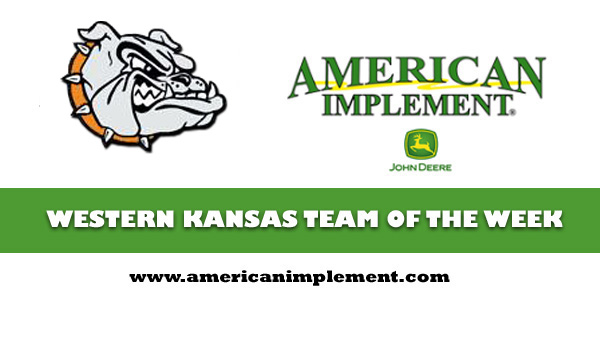 On Tuesday, Syracuse defeated Wallace County-Sharon Springs, 49-43, in a road contest.  The win moved Syracuse to 14-4 under first-year coach Kendra Fyler. It has marked the Bulldogs’ best season in more than a decade.

For this first time this week, Syracuse moved into the Class 2A rankings at No. 9 in a wide-open classification where every squad has at least two losses. Even this week, every 2A ranking changed from last, except for No. 1 WaKeeney-Trego Community, which was unranked at the start of the season.

Syracuse is the No. 1 seed in the highly competitive Meade sub-state, arguably the deepest sub-state in the classification. Five teams are 9-9 or better. Stanton County stands 13-4, Meade is 13-6 and Sublette is 11-6. Syracuse, Stanton County and Meade have all been ranked this year. Syracuse has made four state appearances all-time with the last in 2003, according to historian Carol Swenson.

However, Syracuse has enjoyed several quality victories, including against 40-37 against Lakin on Jan. 17, and 52-44 versus Stanton County on Jan. 19.

Fyler had been a Garden City assistant the last two seasons before she took the job in April 2018. She was also at Fowler for a half a year, and served as a student assistant at Bethany College. Fyler replaced former coach Bryce Simon. Fyler (nee Austin) was a four-year player at Bethany College after she came from Wheat Ridge (Colo.) High School. The 5-foot-8 Austin was a first team and second team all-conference basketball player and second team all-KCAC in volleyball for the Swedes.

This winter, Syracuse again has balanced scoring with all seven regulars between 9.1 and 3.7 points. Syracuse has different players lead in key statistics. Riley paces with 9.1 points, and junior Margo Stum leads with 5.2 rebounds. Alexis Coleman has 1.3 assists, one of five Bulldogs who collect an assist a game.

The 5-foot-9 Stum, who averages 5.1 points, has made a big improvement from last year where she played in nine games with zero points and two rebounds.

Compared to last year, Syracuse has enjoyed a nice improvement in 2-point shooting, going from 34 percent last winter to 42 percent this year. The Bulldogs have committed fewer turnovers with miscues on just 24 percent of possessions, around four percent fewer compared to last year.