v 2018 Sports in Kansas 6A All-State Baseball Team - Sports in Kansas 
Warning: include(../includes/bodytag.php): failed to open stream: No such file or directory in /home/kansass/public_html/ks/news/index.php on line 36 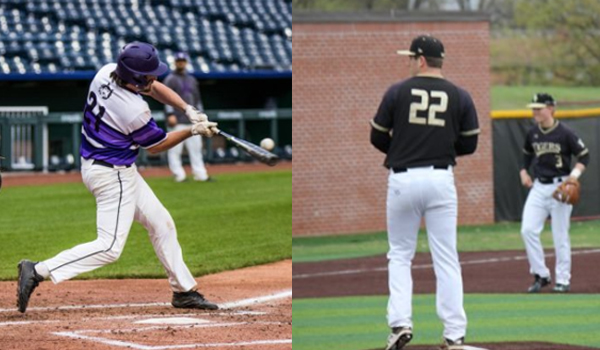 Sports in Kansas 6A Player of the Year

Fiene helped Northwest to a 6A runner-up finish in 2018 and was one of the best players in the states top league (EKL). He was named the 2018 EKL Player of the Year in a league loaded with division one talent from just about every team in the league. He hit .423 in the states top league and had 23 RBI as the state runner-up Huskies had their top finish in school history after taking third a year ago. Fiene will play at Johnson County Community College next season

Sports in Kansas 6A Pitcher of the Year

Pittman was lights out in the Eastern Kansas League and in 6A this season. He went 8-0 on the mound with a 1.8 ERA while striking out 37 in 57 innings pitched. He led the Tigers to back-to-back 6A state titles. Pittman was named the 2018 EKL Pitcher of the Year in a league loaded with top of the line pitching prospects. Pittman will play at Drury next season.

Sports in Kansas 6A Coach of the Year

Blue Valley (22-3) captured its second consecutive state title with a 1-0 victory over league rival BV Northwest in Lawrence at Hoglund Ballpark for the 2018 state title back on Memorial Day Weekend. Blue Valley had a 1-0 lead after the first inning and maintained that to win the state tournament. Scardino now has five state titles, three at Blue Valley (2014, 2017, 2018) and two more previous at Bishop Kelley HS in Oklahoma. Even prior to Scardinos arrival the BV program has been quite special. Over the last 11 years Blue Valley baseball has never finished a season under .500 and has made the state tournament 10 of 11 years with a 195-75 (.722%) record with five state titles, a second place finish and third three times.

Sports in Kansas 6A All-State Baseball